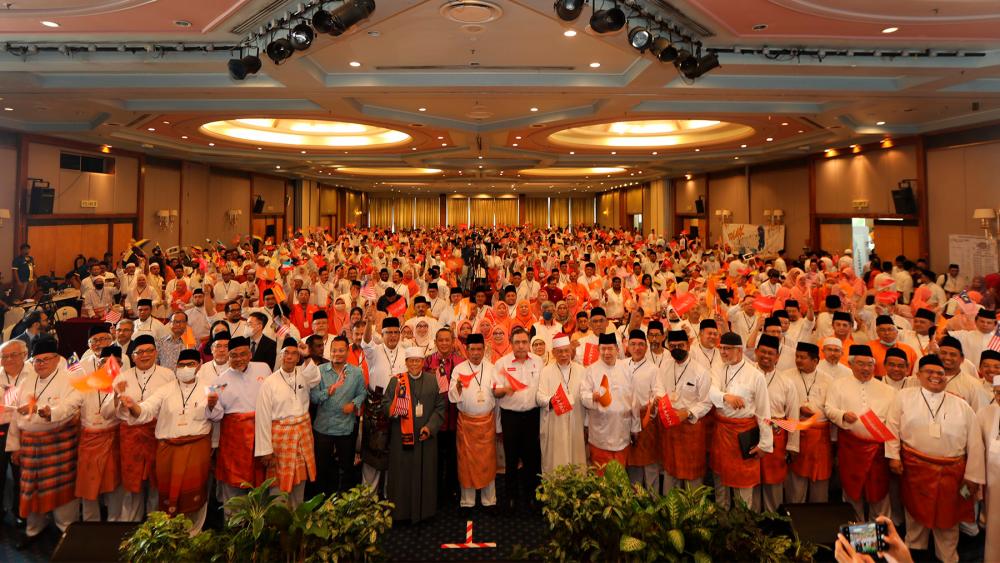 SEREMBAN: Amanah today passed a motion to amend its constitution so that any of its Member of Parliament or assemblyman who goes against the decisions of the party or Whip will automatically lose their membership in the party.

The motion which was moved by a delegate and seconded by another received the approval of the majority of the delegates attending the party’s National Convention 2022 here.

Federal Territories Amanah vice chairman Ahmad Zamri As’ad Khuzaimi when moving the motion said the amendment can be made by including a new clause, namely Clause 6.3, in Amanah’s constitution.

It was among four motions accepted to be debated at this convention, with the others on the increase in the prices of basic goods, the right of Malaysian citizens to pass on citizenship to children born abroad and the Malay Muslim struggle for a vision of a dignified Malay Muslim community.

Ahmad Zamri said the motion was in line with the Constitution (Amendment) Bill (No. 3) 2022 related to the ban on MPs from party hopping, which was passed by the Dewan Rakyat in July.

“During the winding up session by the Honourable Minister (Datuk Seri Dr Wan Junaidi Tuanku Jaafar) on 28/7/2022, he gave an explanation to the question of Seremban MP (Loke Siew Fook) that if any party member who is also an MP violates his party’s decision, disobeys the Whip’s instructions, then his membership as an MP will not be affected unless there is a provision in the party’s constitution which states that he will lose his membership if he does so.

“Meaning the MP can support any motion or action either in support of the Government side or the Opposition side, and his action will not disqualify his membership (from his party) unless he party hops.

“Thus, an amendment to Amanah’s constitution needs to be made to give a clear definition to the matter and for the purpose of streamlining with the amendment of Article 49A of the Federal Constitution,“ he said.

Amanah communications director Abdul Khalid Samad when explaining the motion said the party needs to make the change so that if any of its MPs or assemblymen violate the party’s decisions, they can be considered to have jumped ship.

In addition, the convention this time also accepted 14 other motions without debate including the motion of the opposition coalition to face the 15th General Election (GE15) by supporting the efforts of the leadership of Amanah and Pakatan Harapan (PH) to bring on board opposition parties who agree with PH’s policies under the ‘big tent’ concept.

A proposal to use the PH logo for GE15 was also accepted since the PH logo was never tested in the GE after the coalition was officially registered after GE14.

Amanah is a component of the opposition PH coalition with the other parties in being PKR, DAP and UPKO.-Bernama