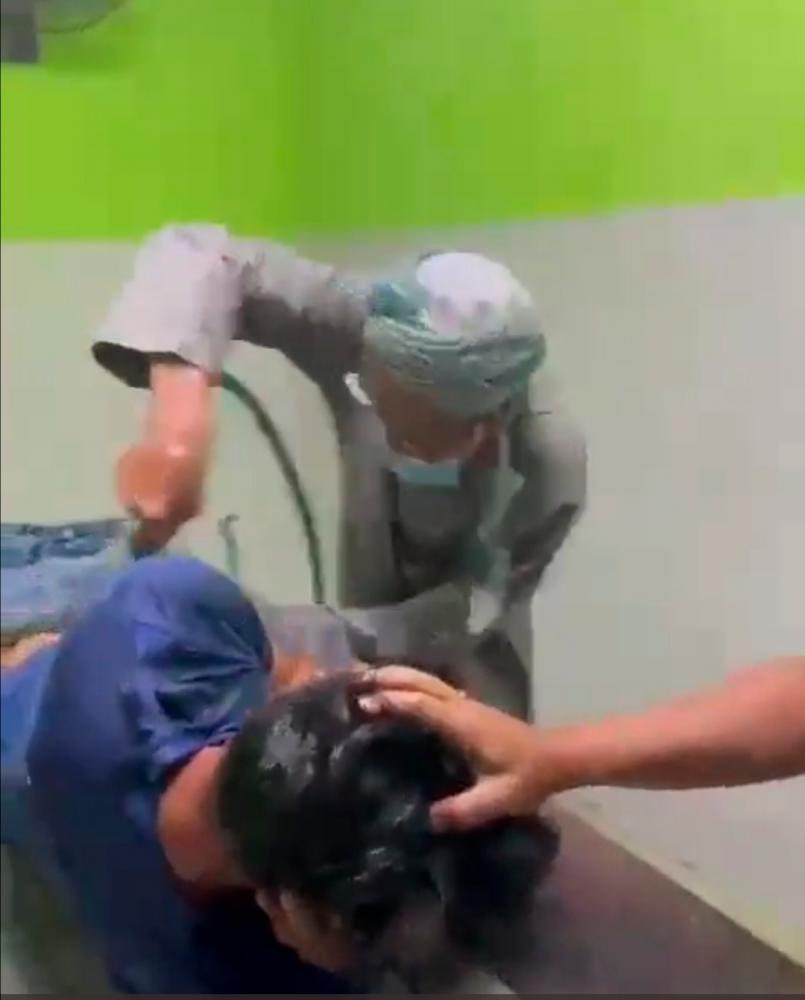 PETALING JAYA: Amanah Youth has offered to pay the RM4,000 fine imposed by the Selayang magistrates court on a teenage boy caught attempting to steal money from a mosque to buy medications for his sick grandfather.

Amanah Youth chief, Hasbie Muda, said that apart from helping the teen pay the fine, the party would also buy medications for his grandfather.

It was reported that the magistrate court sentenced the teen to 10 days in prison and fined him RM4,000 or five months’ jail, after he admitted stealing money from the donation box of Masjid Al Islahiah, Kuang, Rawang, on Jan 8.

“AMANAH Youth will help the teenager’s family to pay the fine as well as pay for his grandfather’s medications,“ Hasbie said via a Facebook post yesterday.

He also called the mosque officials’ conduct of bathing him like a corpse when they caught him and uploading a video of it on social media as inappropriate.

“What right did the mosque committee members have to punish him like that? The 10 days prison sentence was already adequate for him (Daniel),” he said.

Earlier this week, a video went viral on social media where a youth was “bathed like a corpse” by several mosque officials after being caught stealing from the mosque’s donation box.

Cops to summon individuals who stopped cars on emergency lanes

Zahid ordered to enter defence for all 47 charges

1.Cops to summon individuals who stopped cars on emergency lanes

2.Peru races to save birds threatened by oil spill

5.Zahid ordered to enter defence for all 47 charges