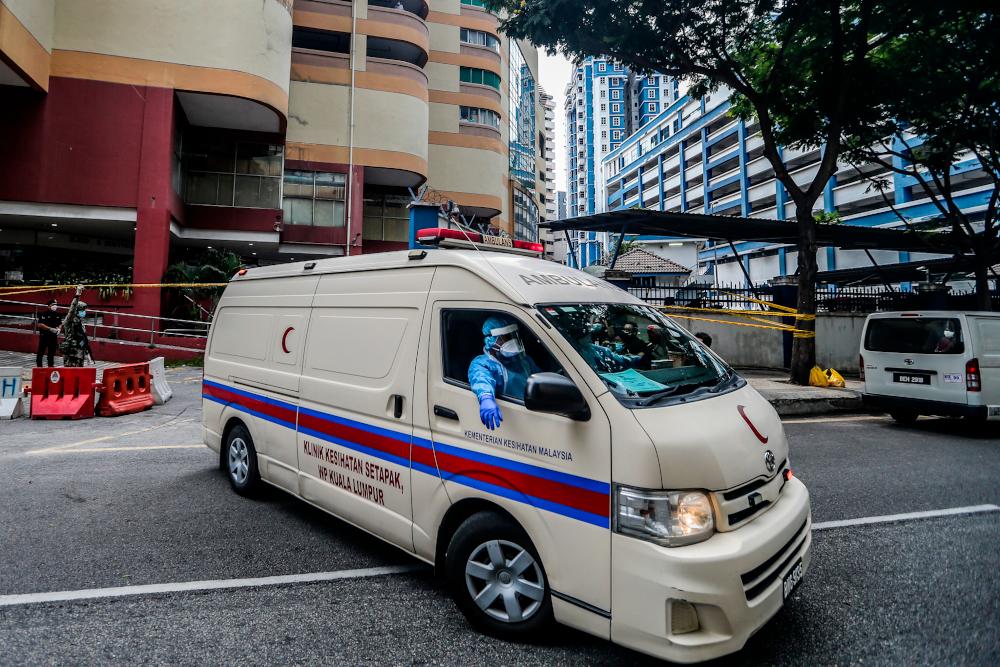 IPOH: A nurse suffered injuries when the ambulance she was riding in skidded onto the road shoulder at Kilometre 285 of the North-South Expressway northbound here this afternoon.

A spokesman of the Perak Fire and Rescue Department said a team of firemen from the Simpang Pulai Fire and Rescue Station was rushed to the scene after receiving information at 5.40 pm.

“The accident involved an ambulance belonging to a private company that skidded onto the shoulder of the road after delivering a patient.

“A female nurse was stuck but only suffered injuries to her body and legs while the ambulance driver was safe and managed to gety out of the vehicle on his own,“ he said in a statement.

He said the injured victim was sent to the Raja Permaisuri Bainun Hospital Ipoh here for further treatment and the operation ended about half an hour later.

In a separate incident, he said a six-year-old boy was trapped in a four-wheel drive in front of a convenience store in Jalan Daeng Sedili, Kuala Kangsar.

He said his team received a distress call about the incident involving the victim Haziq Zafran Arif Izwan at 6.37 pm today.

“The victim was trapped in a Toyota Hilux with the engine running for about half an hour when the victim’s mother went to the convenience store,“ he said.

The spokesman said the fire and rescue team opened the door of the vehicle using special equipment and the victim who did not suffer any injuries was successfully rescued after a 10-minute operation. — Bernama