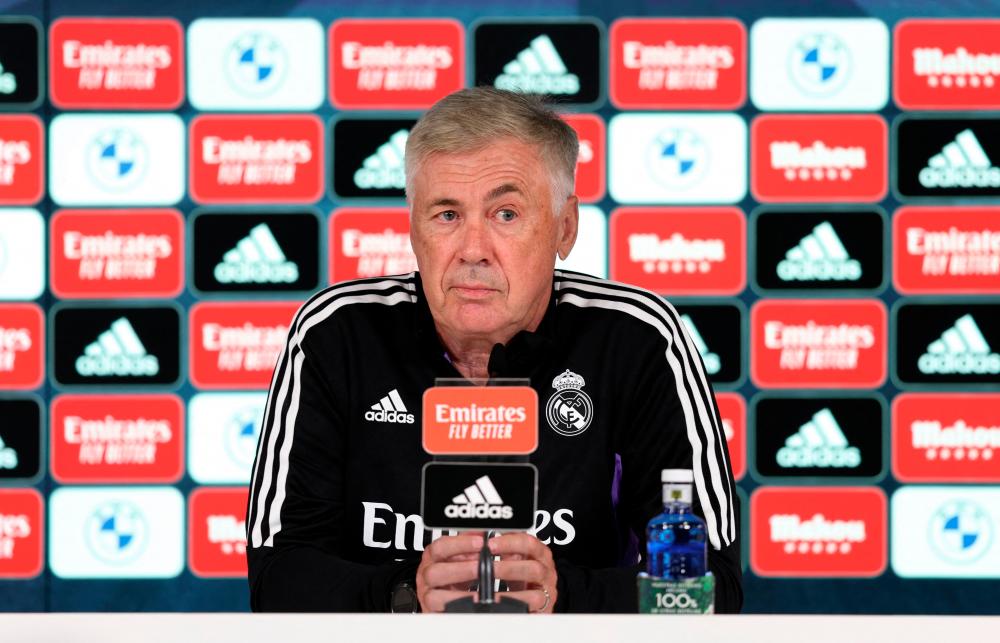 Real Madrid’s Italian coach Carlo Ancelotti holds a press conference at the Alfredo di Stefano Stadium in Valdebebas, on the outskirts of Madrid/AFPPix

MADRID: Real Madrid coach Carlo Ancelotti(pix) on Saturday said he was surprised that German midfielder Toni Kroos did not feature on the list of 30 finalists for the Ballon d'Or.

Five members of the Champions League winning side were nominated on Friday in the shape of Thibault Cortois, Casemiro, Luka Modric, Vinicius Junior and favourite Karim Benzema.

New signing Antonio Rudiger is also on the list but there was no room for the German midfielder Kroos.

“It surprises me a bit, because Kroos had a fantastic season... But it’s true that it could be a problem if we named all the Real Madrid players, I can understand that,“ quipped Ancelotti in a press conference ahead of Madrid's Liga opener at Almeria on Sunday.

“But (Federico) Valverde, (Eder) Militao, (David) Alaba... all deserve to be there.

“All of them had a fantastic season. I’m not talking about winning the Ballon d’Or, but they deserve to be on the list.”

Ancelotti was particularly pleased with the inclusion of Brazilian forward Vinicius on the 30-strong list of nominees.

“He scored the winning goal in our 14th Champions League, he had an incredible season,“ said the Italian.

“He doesn’t care if he finishes fourth or second. For the players, only victory matters. He will do better in the future. But unfortunately for Vini, this season, we already have the winner with us.”

Ancelotti was in little doubt, it seems, that French striker Benzema, who is hotly tipped to succeed would walk away with the award.

The Ballon d'Or will be awarded on October 17.

Real Madrid will kick off the defence of their La Liga title at newly-promoted Almería.

“We are feeling good, we have all the hope in the world as we start this season,“ said Ancelotti, adding that “each game will be very difficult, starting tomorrow”.-AFP