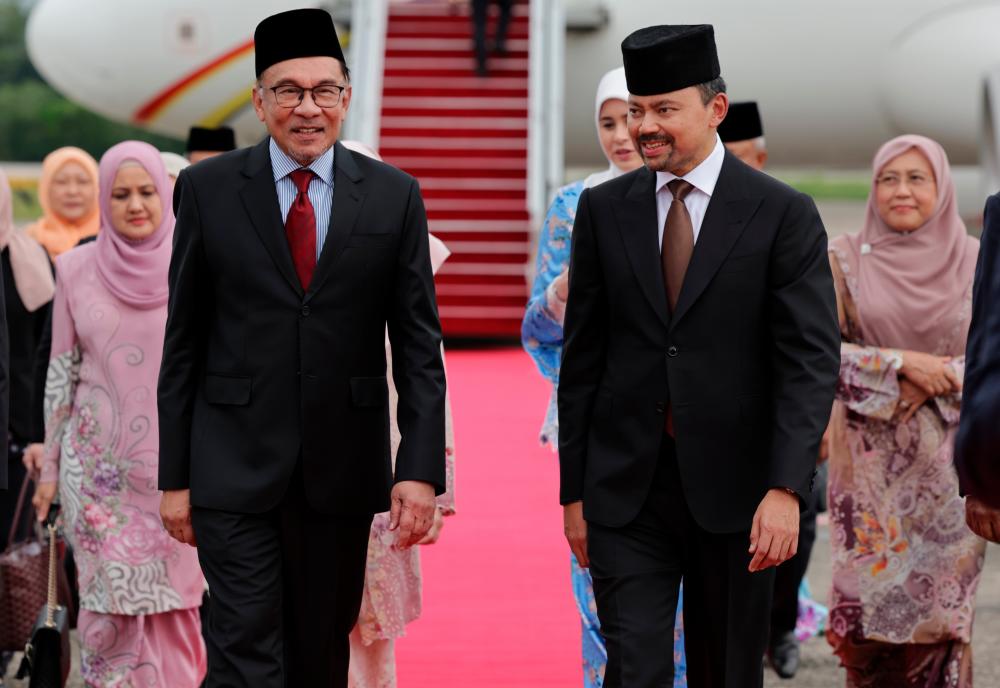 Anwar was accompanied by his wife, Datuk Seri Dr Wan Azizah Wan Ismail, for his second official visit abroad since being appointed as the prime minister.

The special aircraft carrying the prime minister and his wife landed at Brunei International Airport at 3.13 pm.

The prime minister then inspected a guard-of-honour mounted by the Royal Brunei Armed Forces.

Tomorrow, the Prime Minister is scheduled to have an audience with the Sultan of Brunei, Sultan Hassanal Bolkiah, at Istana Nurul Iman, followed by a four-eyed meeting between both leaders.

During the meeting, the two leaders are expected to use the opportunity to assess the progress of ongoing cooperation, to further strengthen relations and cooperation, as well as to venture new cooperation in common interest areas between the two countries.

The prime minister and the Sultan of Brunei will also witness the signing of a Memorandum of Understanding (MoU) between the Malaysian Investment Development Authority (MIDA) and the Brunei Investment Agency (BIA).

In addition, the Prime Minister is scheduled to attend a dinner with the Malaysian diaspora in Brunei tonight.

Meanwhile, the Prime Minister, in a Facebook post this afternoon, expressed hope that his visit to Brunei will further strengthen ties between the two countries.

“I hope this visit will strengthen ties between the two countries while exploring new opportunities for cooperation. InsyaAllah,” he said. -Bernama 3.Have a seat and surround yourself with greens at Planter Chin