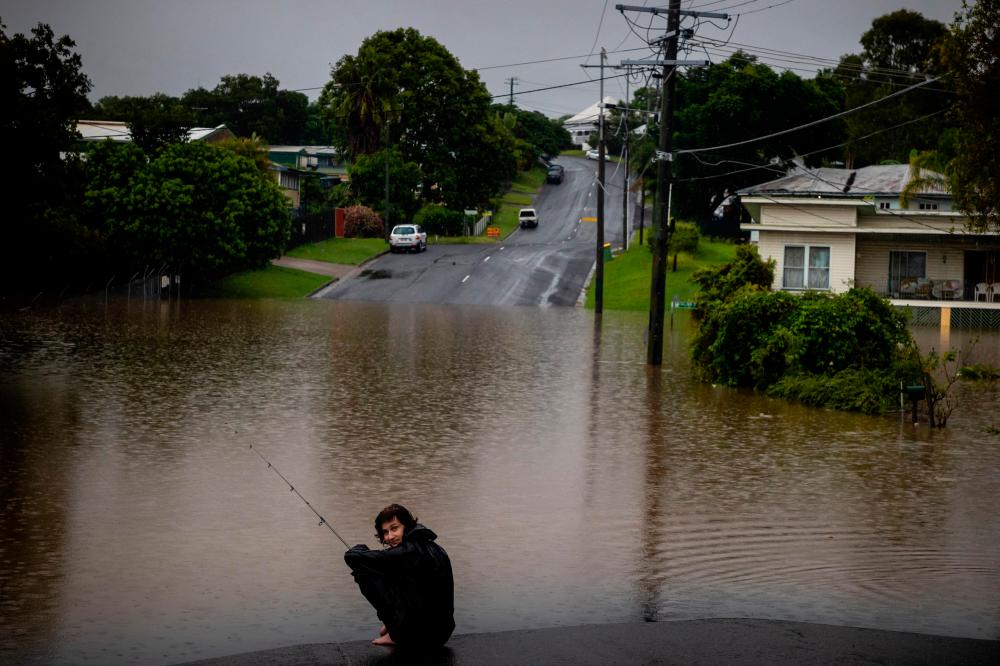 “Around 5:00 pm yesterday, heavy rains in the towns of Ij and Roodbal in the central parts of Estehban County led to flooding,“ Yousef Kargar, governor of the county in Fars province, was quoted as saying by state news agency IRNA.

“As a result of the flood, 17 bodies have been found in the vicinity of Estehban, of which 13 have been identified,“ he said, adding that six people are still missing.

“A number of local people and sightseers (from other areas) who had gone to the riverside and were present in the river bed were caught in the flood due to the rise in the water level,“ he added.

Video posted on local media and social media show cars caught in the rising waters of the Roodball river and carried away.

Iran has endured repeated droughts over the past decade, but also regular floods.

In 2019, heavy flooding in the country's south left at least 76 people dead and caused damage estimated at more than $2 billion.

In January at least two people were killed in flash flooding in Fars when heavy rains hit the area, a local official said at the time.

Scientists say climate change amplifies extreme weather, including droughts as well as the potential for the increased intensity of rain storms.

Like other nearby countries, Iran has suffered chronic dry spells and heat waves for years, and these are expected to worsen.

In the last few months, demonstrations have occurred against the drying up of rivers, particularly in central and southwestern Iran.

Last November, tens of thousands of people, including farmers, gathered in the dry riverbed of the country's Zayandeh Rood river in the country's central region, to complain about the drought and blame officials for diverting water.

Last week, official media said Iranian police had arrested several people for disturbing security after they protested the drying up of a lake once regarded as the Middle East's largest.

Lake Urmia, in the mountains of northwest Iran, began shrinking in 1995 due to a combination of prolonged drought, and the extraction of water for farming and dams, according to the UN Environment Programme.

In neighbouring Iraq in December, 12 people died in flash floods that swept through the north of that country, despite severe drought.-AFP