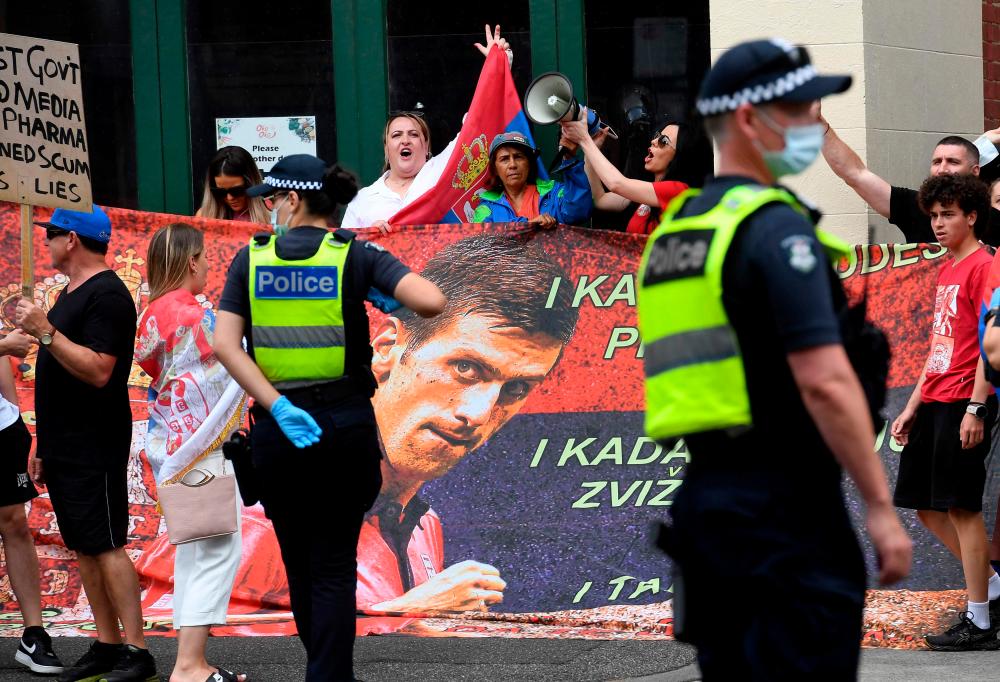 MELBOURNE: Leading players at the Australian Open said on Saturday they were tired of the Novak Djokovic saga overshadowing the year's first Grand Slam and wanted the spotlight back on tennis.

The lead-up to the tournament has been completely dominated by world number one Djokovic's battle to compete at Melbourne Park in the face of a government trying to deport him after cancelling his visa twice.

Djokovic, a vaccine sceptic, fuelled widespread anger in Australia when he announced last week he was heading to Melbourne with a medical exemption to requirements for visitors to be inoculated against Covid-19.

“I won’t lie. It has been pretty much on every news outlet the last couple of weeks,“ Greek fourth seed Stefanos Tsitsipas told reporters at Melbourne Park, two days before the tournament starts on Monday.

“Not enough tennis has been talked about in the last couple of weeks, which is a shame.”

Djokovic's bid to defend his title and claim a record 21st Grand Slam championship without being vaccinated has angered the Australian public amid a runaway outbreak of the Omicron variant, but made him a hero of the anti-vaxxer movement.

After having his visa cancelled for a second time on Friday, the Serb will fight to have the decision overturned at a court hearing on Sunday.

“This whole situation has taken a lot of spotlight away from us competitors,“ Australian number one Alex de Minaur, the 32nd seed, told reporters.

“It feels like it’s taking away from us competitors who just want to start. We’re just eager to go out and compete.

“To be honest, I’m just ready to put all of this behind me and focus on playing my tennis matches, kind of let my tennis do the talking.”

De Minaur declined to criticise Djokovic but said his decision not to get vaccinated was at odds with what normal Australians were required to do.

Australia has endured some of the world's longest lockdowns and has a 90% vaccination rate among adults.

“Look, Australians have gone through a lot (during the pandemic). There’s no secret about that,“ he said.

“They’ve had it very tough. They’ve done a lot of work to protect themselves and their borders.

“When you’re coming in, as well as every other tennis player, if you wanted to come into the country, you had to be double vaccinated. It was up to him, his choices, his judgment.”

Australian Open women's champion Naomi Osaka said the Djokovic situation was for the government to decide, not the players.

However, she offered some sympathy for the embattled Serb, having felt discomfort being the centre of attention when she withdrew from the French Open following a row with organisers over mandatory media commitments.

“I think it’s an unfortunate situation. He’s such a great player and it’s kind of sad that some people might remember in this way,“ said the Japanese 13th seed.

“I know what it’s like to kind of be in his situation in a place that you’re getting asked about that person, to just see comments from other players, it’s not the greatest thing. Just trying to keep it positive.”-Reuters