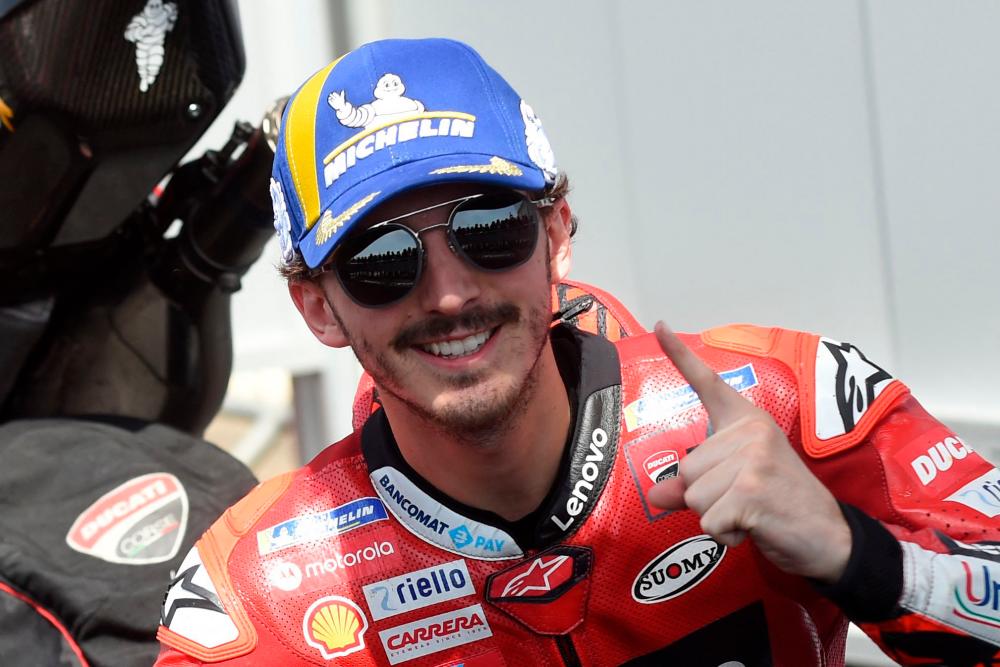 The Italian completed a lap in 1min 30.45sec to shave a little more than a tenth of a second off the record Frenchman Johann Zarco set in morning practice.

Bagnaia set his fastest lap with Ducati factory team-mate Jack Miller riding in his slipstream. The Australian, who won at Le Mans last year, used the tow to finish 0.69sec behind and grab second on the grid.

Aleix Espargaro, who is second in the standings, seized third on his Aprilia right at the end of qualifying pushing championship leader Fabio Quartararo off the front row.

The world champion will start fourth on his Yamaha as he chases a first victory at his home grand prix.

The two men who had broken the record earlier in the weekend fill out the second row. Enea Bastianini, on a Ducati Gresini who broke Zarco's 2018 record, on Friday will start fifth.

Zarco, who took the record briefly back on Saturday, is sixth on a Ducati Pramac.

Three Spaniards, the two Suzuki riders, Joan Mir and Alex Rins, and Jorge Martin on a Ducati make up the third row.

Six-times world champion Marc Marquez is 10th on his Honda.

French pair Quartararo and Zarco are striving to end a long French drought in their home Grand Prix. The only previous French winner was Pierre Monneret at Reims in 1954 in the era of two-stroke 500cc.

While world champion Quartararo is aiming for his 10th victory in the class, Zarco, who made his debut in 2017, has never won.-AFP