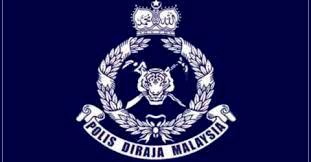 PASIR MAS: Police arrested a 67-year-old bomoh, suspected of raping a 23-year-old woman, allegedly when treating her at a house in Kampung Tendong here, last Friday.

Pasir Mas police chief ACP Mohd Nasaruddin M Nasir said the incident was believed to happen at about 3 pm when the woman was undergoing treatment at the bomoh’s house.

He said according to the victim, she went to the bomoh’s house with her mother and husband-to-be and was then asked by the bomoh, known as “Ayahsu” to go to a treatment room through a door at the back of the house.

The woman claimed the bomoh raped her in the room, she told a press conference here today.

Mohd Nasaruddin said the woman lodged a police report on the same day, following which the bomoh was arrested at about midnight to facilitate investigation.

The suspect is in remand until Oct 22 to facilitate police investigation for rape under Section 376 of the Penal Code, which provides an imprisonment for up to 20 years and whipping, if found guilty.-Bernama