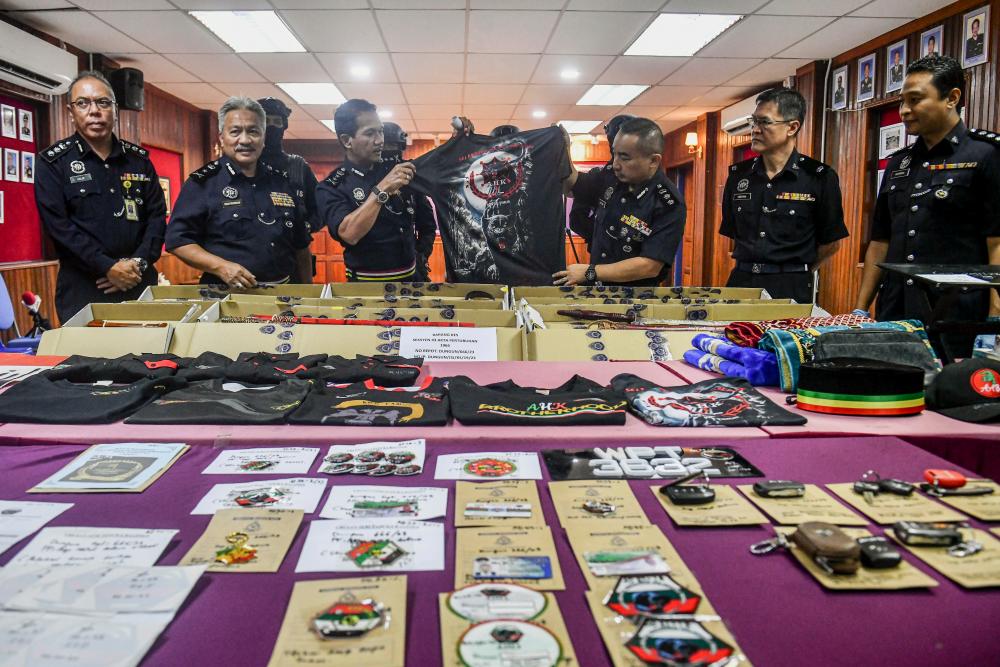 KUALA TERENGGANU: The police believe that the illegal organisation known as Ayahanda Harimau Kumbang, which was busted in a special operation dubbed ‘Op Selendang’ around Dungun and Kuala Terengganu recently, was involved in violent crimes and gangsterism.

Terengganu police chief Datuk Rohaimi Md Isa said investigations revealed that some of the 21 individuals detained over their suspected involvement in the organisation, including 13 policemen, had acted as debt collection agents and unauthorised vehicle repossessors.

He said the organisation, which was believed to have between 200 and 300 members around Dungun, was also found collecting ‘protection’ money from its members to avoid any action in case of wrongdoing.

“However, not all of the detained policemen had a direct role in criminal activities. But, being a member of an illegal organisation is an offence,” he told a press conference at the Terengganu police contingent headquarters today.

It was reported that several individuals, including policemen, were arrested for their alleged involvement in an illegal organisation around Dungun last Friday.

Rohaimi said that the 10 policemen who were arrested have been suspended since yesterday and the other two were still being held on remand until tomorrow, while two officers were awaiting action from Bukit Aman.

“The seven civilians arrested in Op Selendang, including the 39-year-old mastermind are still being remanded until tomorrow,” he said.

The case is being investigated under Section 43 of the Societies Act 1966 and Section 7(1) of the Corrosive and Explosive Substances and Offensive Weapons Act 1958. -Bernama