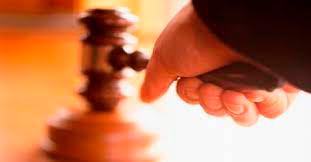 PUTRAJAYA: A former police sergeant, who suffered a stroke while serving a one-year jail term, has lost his final bid to set aside his conviction and sentence for receiving RM700 in bribe as an inducement for him to alter the urine test result of one man.

A three-member bench led by Court of Appeal Judge Datuk Seri Kamaludin Md Said dismissed the appeal by Rijali Solah, 60, as it had no merit.

“There was no reason to interfere with the findings of the lower courts in convicting the appellant (Rijali). We affirm the High Court’s decision which affirmed the Sessions Court’s ruling,“ said Justice Kamaludin, who presided over the appeal with Justices Datuk Ravinthran Paramaguru and Datuk M. Gunalan.

In December 2017, Rijali, who had over 30 years’ service, was sentenced to a year’s jail and RM10,000 fine in default six months’ jail by the Alor Setar Sessions Court. He was allowed a stay of the jail term pending his appeal to the High Court.

On Oct 22, 2019, the Alor Setar High Court dismissed his appeal and ordered him to serve the jail term.

When met by reporters, Rijali's lawyer G. Ravi Shankar said his client had paid the fine and completed serving the jail term last year but filed the appeal hoping that he would be paid arrears in salary, pension and the return of the fine.

Rijali, who was attached to the Narcotics Criminal Investigation Division of the Yan district police headquarters, accepted the bribe as an inducement for him to alter the result of the urine test of Mohd Hizzam Hussin, 38, at Restoran Kak Chaq Ikan Bakar in Kuala Muda, Kedah, on May 12, 2014.

Rijali, who is wheelchair bound, was charged under Section 17(a) of the Malaysian Anti-Corruption Commission Act, which provides for imprisonment of up to 20 years and a fine of not less than five times the amount of the bribe or RM10,000, whichever is higher, if found guilty.

Deputy public prosecutor How May Ling appeared for the prosecution. -Bernama

3.Holiday Cultural Festival at Jaya One