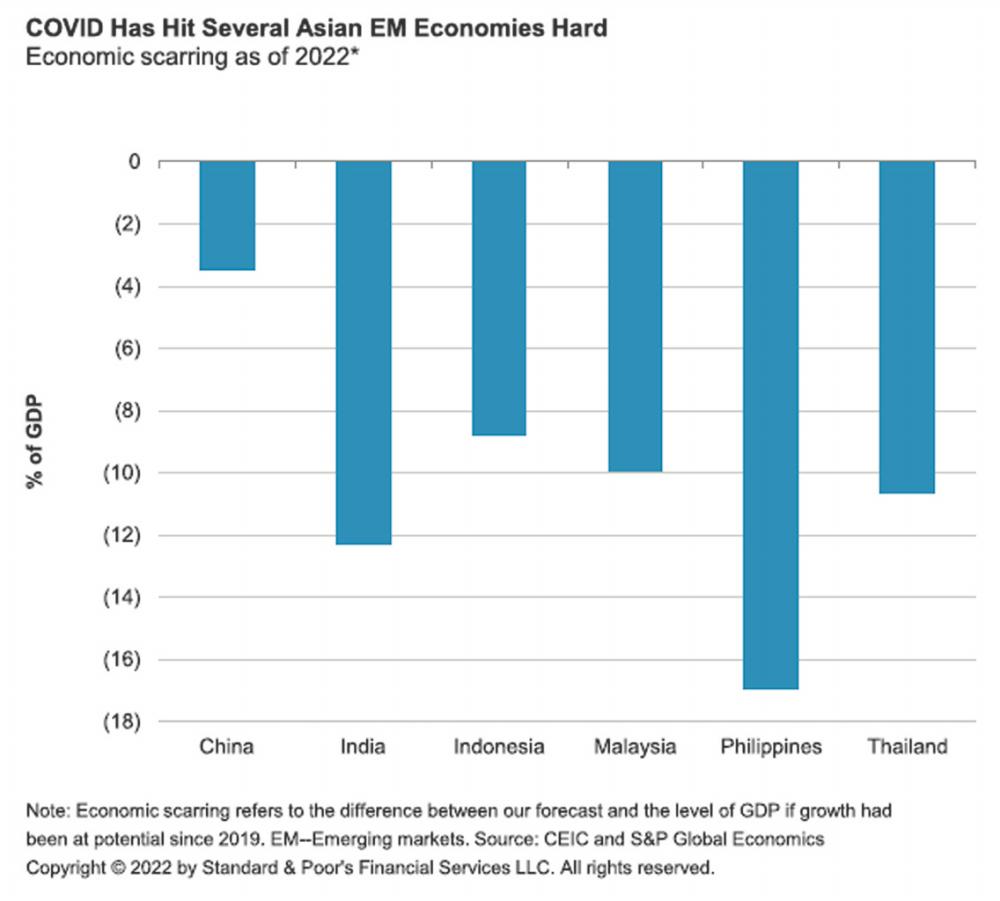 PETALING JAYA: Malaysia is expected to have one of the largest scarrings among Asian emerging markets post-Covid pandemic, according to S&P Global Ratings.

In its Economic Outlook Asia-Pacific Q3 2022, S&P projected Malaysia’s scarring to be 10% of gross domestic product (GDP), after the Philippines, India and Thailand.

Economic scarring refers to the difference between S&P’s forecast and the level of GDP if growth had been at potential since 2019.

S&P expects Malaysia’s real GDP growth to come in at 6.1% for 2022 and lower at 5.0% for 2023. Generally, it said Asia-Pacific (excluding China) economic growth eased in early 2022 after the rebound in 2021. The slowdown was most pronounced in Hong Kong and least visible in Malaysia.

“Government policy has impacted inflation in the country. While energy price inflation generally remains high, that is not so in Malaysia and Indonesia. The two economies are net energy exporters and are not passing on some of the energy commodity cost increases to consumers,” S&P said.

Still, consumer inflation has generally not risen as much as in the US and Europe. Core CPI pressures have only started picking up recently since the post-Covid recovery in domestic demand has been more muted. It expects the ringgit to hover at 4.32 against the US dollar this year, 4.22 for 2023, 4.12 for 2024 and 4.04 for 2025.

“Exchange rate movements suggest that markets have so far generally focused more on the divergence of monetary policy and energy price increases than on potential emerging market vulnerability. Where the monetary policy outlook remained accommodative, currencies have depreciated against the US dollar,” S&P said.

Meanwhile, it said the US Federal Reserve’s policy tightening raises the potential for capital outflows from Asia’s economies – especially its emerging markets. It now expects the Fed to raise the federal funds rate above 3.5% by mid-2023. As some capital is attracted by higher US interest rates, Asia-Pacific currencies and asset markets are affected.