Family of three killed in road crash in Kota Kinabalu 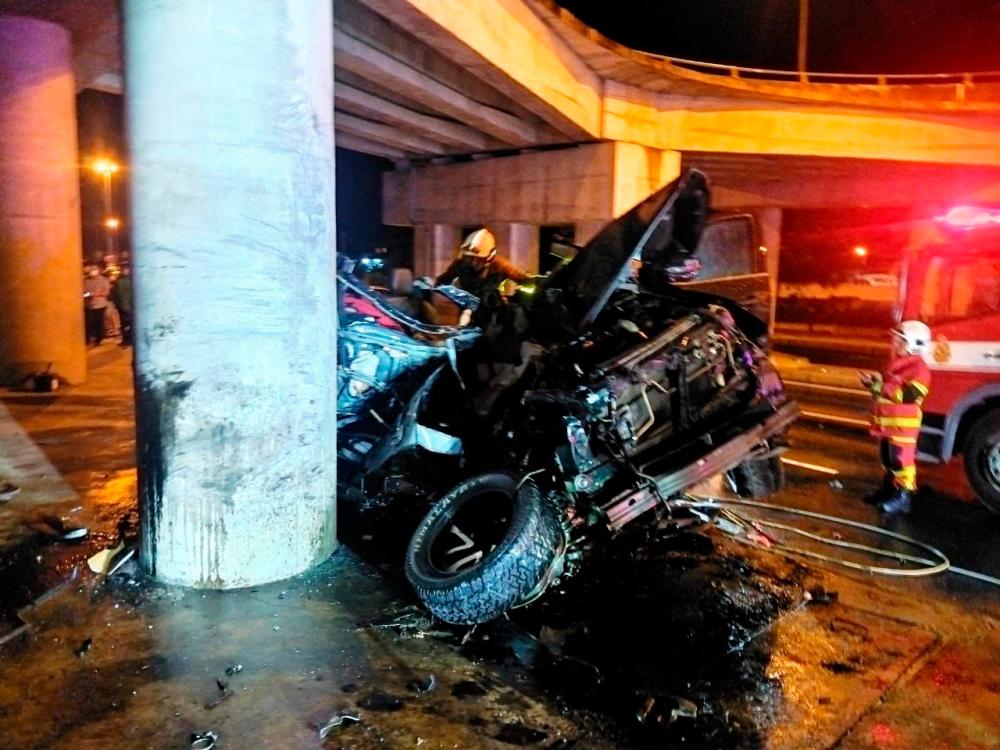 KOTA KINABALU: Three in a family died while a four-year-old boy sustained serious injuries after the four-wheel-drive vehicle they were in was involved in an accident at Jalan Lintas here last night.

Kota Kinabalu district police chief ACP Mohd Zaidi Abdullah said in the 11.24 pm incident, the 44-year-old driver of the vehicle, his 16-year-old daughter and 11-year-old son were pronounced dead at the scene by a medical team.

“The seriously injured boy believed to be a relative is currently receiving treatment at a hospital,” he said in a statement today.

Mohd Zaidi said initial investigations revealed that the victims were coming from Angkasa Apartment, Rampayan and heading towards the Kota Kinabalu International Airport when the incident occurred.

He said the incident was believed to have happened when the driver lost control of his vehicle and crashed into the concrete pillar of a flyover near the Luyang Clinic intersection.

“The impact of the crash caused two victims to be flung out of the vehicle while the driver and his son were pinned in the vehicle,” he said.

It was believed that the road was slippery due to rain when the accident happened.-Bernama