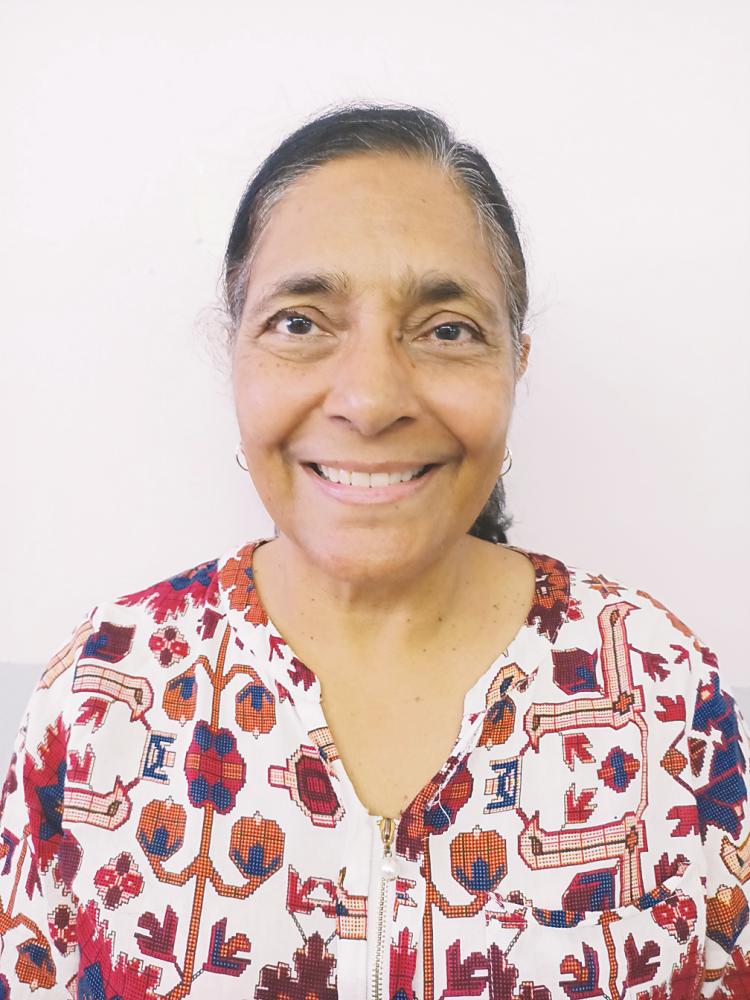 Kuldip and her sister decided to be their mother’s caregiver as old folk homes are not equipped to look after residents with dementia.

PETALING JAYA: When Sorwaran Kaur kept repeating herself and failed to recognise her friends, her children became worried. That was in 2018 when Sorwaran , then aged 84, kept saying she wanted to go home or be with her children.

Her daughters Kuldip and Manjit sought help at a private hospital. A geriatric specialist confirmed there was a vascular change in Sorwaran’s brain, which means it was gradually shrinking.

Her daughters were told there was no cure for dementia, which is a loss of memory and other thinking abilities that is severe enough to interfere with one’s daily life.

Instead of feeling sorry for themselves, Kuldip and Manjit made a plan where both of them would care for their ageing mother until the end.

“We researched how to care for someone with dementia,” Kuldip, a retired nurse, told theSun from her home in Ipoh, Perak.

Sorwaran was given medicine that is used to decrease dementia symptoms. It works in the brain to block the effects of some chemicals that cause symptoms, such as decreased memory. The medicine initially cost more than RM500 a month. Then, it was switched to a generic brand that cost RM225.

There were times when Sorwaran felt as if she was a burden.

“She’d say: ‘Just throw me outside’. But she was a fighter. We would show her family pictures and she loved listening to Punjabi nursery rhymes playing in the background while she ate. At this point, her meals were pureed to prevent her from choking,” said Kuldip.

The family continued to rally together until Sorwaran’s death on Aug 8.

“I believe we had done our best to care for her, including renting a hospital bed for three months. I suggest that all caregivers be with their family members who have dementia. There is no cure and as such, it is important to keep them comfortable until their last breath. It’s best not to place them in nursing homes as they need to be with their families,” she said.

As an advocate of caregiving, Kuldip recently shared her experience via a Zoom conference on the topic of “Comfort Care in Dementia Towards the End of Life”.

It was organised by dementia specialist Dr Cecilia W.M. Chan.

Chan, a gerontologist and founder of a support group called Beyond Dementia, told theSun that the cost of care for a person living with dementia “is just the tip of the iceberg”.

“There are a host of interrelated issues that are currently not being addressed,” she said.

A 2020 report by Alzheimer’s Disease Foundation Malaysia (ADFM) noted that the overall cost of medication and care for individuals with dementia was US$705 (RM3,150) per person per month.

Chan said most nursing homes are ill-equipped to handle residents with dementia, who are often subjected to emotional or physical abuse.

“In cases where they were sent to nursing homes, caregivers lacked the skill or knowledge to manage them. There are hardly any resources or programmes to support a person with dementia. They are often put together with others who are afflicted with different ailments. This creates undue stress for everyone,” she said.

It was reported in 2019 that the government drafted a 2020-2030 National Dementia Action Plan, but its implementation was put on hold due to the Covid-19 pandemic.

Since then, the Malaysian Health Coalition and the Malaysian Society of Geriatric Medicine (MSGM) have jointly called for urgent action to support the well-being of persons with dementia and those caring for them.

There are also fewer than 10 geriatric psychiatrists in Malaysia. 3.Three jailed for 30 years for drone attack on Venezuelan leader