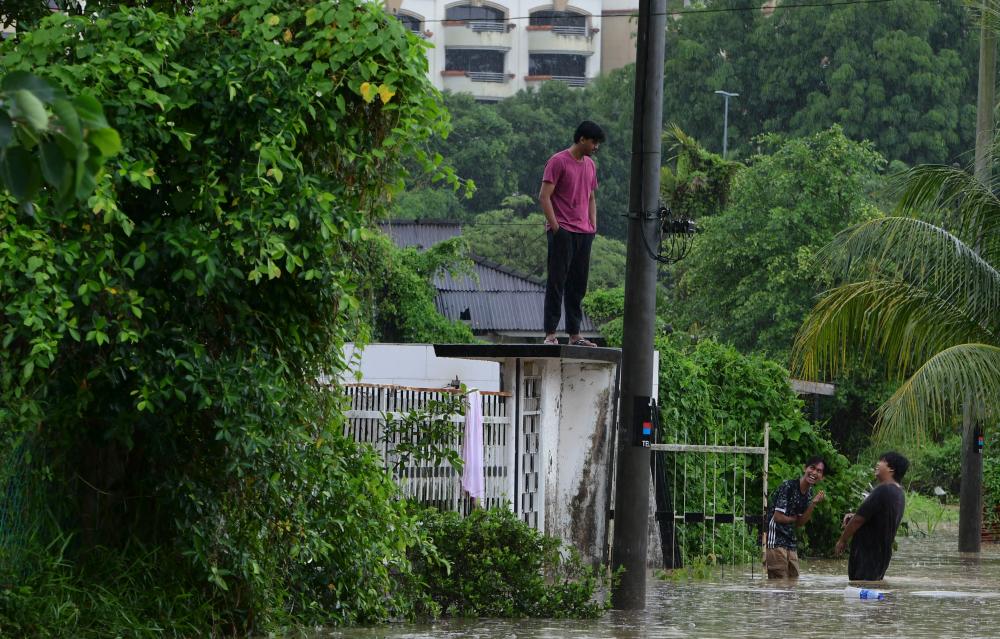 JOHOR BAHRU: Thanks to quick action by the Johor Fire and Rescue Department (JBPM), 14 children and five teachers from Tadika Umiku Sayang in Kampung Mohd Amin here were saved after the city was hit by flash floods this morning.

Senior Fire Officer ll, Nazarudin Yusof said seven firemen from the Larkin fire station and a fire engine were promptly deployed to the location after the state Operations Centre received an emergency call at 9.30 am today.

“Upon arrival at the scene, the Operations Extraction Team (PKO) rescued and evacuated the trapped victims to a safer place which was a fast food restaurant located about 550 metres from the scene,” he said in a statement today.

The operation ended at about 10.45 am. The flood water level had been knee-high.

Ihsan Johor chief executive officer, Farah Faridah Baptist said her team went to the scene with equipment and transport vehicles to help rescue the trapped teachers and children aged between two and six years before being relocated transferred to the Larkin branch of the same kindergarten.”

Meanwhile, the District Disaster Management Committee (JPBD) in a separate statement said that a total of 10 areas in the district were reported to be affected by the flash floods which were triggered by heavy rain that started at 6.30 am and the high tide phenomenon.

However, JPBD said the flood waters at several locations had receded and they were monitoring the situation from time to time.

In Kampung Mohd Amin, it was found that the flash flood caused several houses to be submerged in water up to the ankles and their compounds up to the knees, while the road in front of their houses was flooded to thigh-high.

A temporary relief centre (PPS) was opened at the Seri Bengkal Religious School in Batu Pahat from 8 am to accommodate 29 victims from 11 families from Kampung Seri Bengkal.