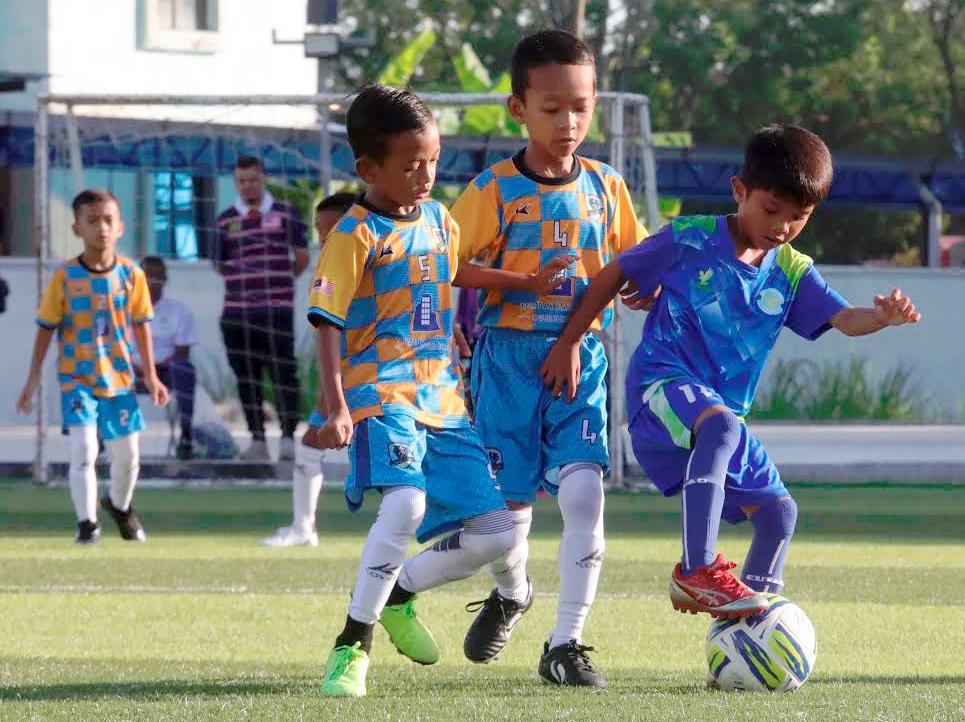 The Suparimau League aims to build a positive learning environment where children can have fun and express themselves. – MASRY CHE ANI/THESUN

The Football Association of Malaysia (FAM) has sanctioned the programme and its joint sponsors Maxim Event and Boost Juice have made it possible for a more comprehensive football talent identification initiative to be carried out.

Maxim Event president William Kucia said the goals are to increase opportunities for children to participate in sports and use football as a mechanism to encourage happy, healthy lifestyles and allow the children to express themselves.

“There were very few platforms for children to play football as they would typically train a lot, and then play in a tournament once every three months, but that would be it. What we are trying to do is replicate models from Australia and Japan, where children play football every weekend.

“Children can take part in training sessions during the week or for at least a day on the weekend.

“Then they can put that learning into a practice match and play in other matches on the weekend. That is how they can improve.”

“If you look at how people learn, they say it takes 1,000 hours to master a skill. We want to be able to give the childern as many hours and as many minutes as possible to play in matches.”

One of the goals of this project, he said, is to identify talent through the number of tournaments the children play, where they have played and the score. The data collected will be passed on to FAM for review.

“Since we have only just started, we have not yet seen the fruits of this initiative. At the same time, the bigger focus is on building a pool of players and getting more children to play football. The bigger our pool, the stronger we will be.”

He said the groups for the tournaments are set by age.

“But when we have over a certain number of teams and age groups, we split them based on ability and development levels. We do not want to have a game where a team keeps winning because no one gains anything. The winning team gains nothing because it’s too easy.

“What we want to do is to get the teams to play at the same level of ability. So the matches are very close. That is how they get the best learning experience,” he said, adding that it is not always possible, but they are doing their best.

Kucia said the Season A tournament started in January in the Klang Valley and became a massive success with the inclusion of Selangor, Klang, Putrajaya, Johor and Penang.

He said that while people were getting back into football, they were still cautious about being in crowds because of Covid-19.

Moving into Season B, the league is continuing to build on its success and will be adding Malacca, Pahang, Kedah and Sabah in May and June, he added.

“Every child aspiring to become a footballer should try it. Do not be scared to fail, just get up and try again. Keep going and keep practising and just continue to do your best.

“We will try to build a positive learning environment where children can express themselves, they can have fun, and we can encourage good habits. Winning is not everything,” he said.