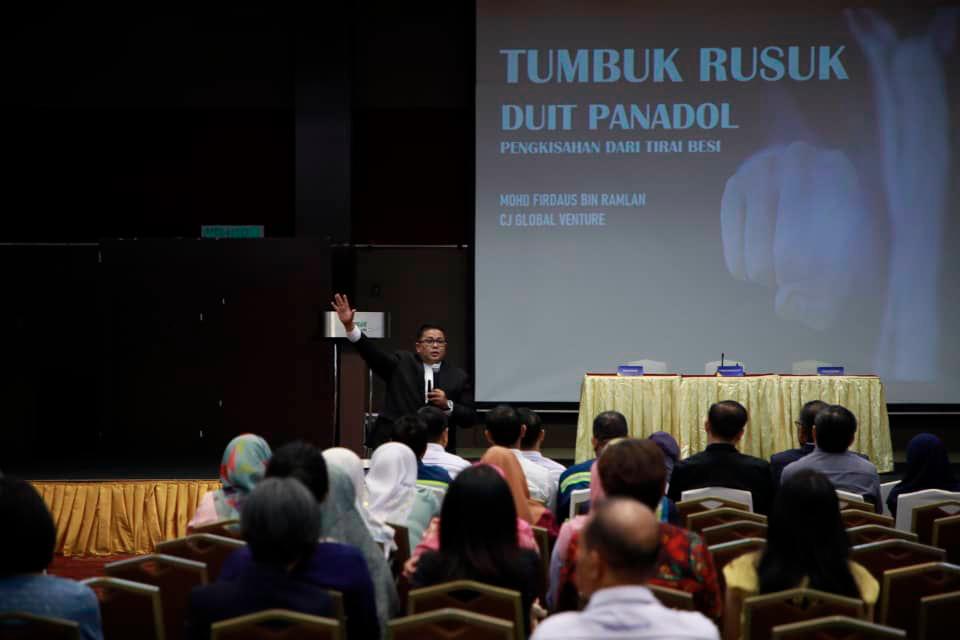 A year later, at 28 years, he became a magistrate in Gua Musang, Kelantan.

Touts brokering deals to reduce sentences or throw cases were common at the time, and he was not spared the temptation.

But just two years into the job in 2010, he was charged with two counts of corruption and sentenced in 2012 to a fine of RM40,000 and three years in jail on each count, to be served concurrently. He was locked up in Kajang Prison.

“What started with a pack of cigarettes soon became a few hundred ringgit, then thousands. I made excuses to justify accepting bribes. I paid a heavy price for my misdeeds,” he told theSun.

It all happened when Mohd Firdaus was set to meet a man and collect a RM5,000 bribe for freeing a man charged with a drug-related offence on a bond instead of imposing a jail sentence.

But the accused decided to report him to the Malaysian Anti-Corruption Commission (MACC), and a trap was set.

“MACC officers ambushed me at a petrol station. I was taken in for investigation, and the shame I had to face was unbearable.

“The worst part was, my wife was pregnant and due to give birth to our first child two weeks later. It came as a shock to her, my family and in-laws. But they supported and stood by me.

“I blamed everyone for my troubles.”

He said while serving time, he pondered over the destruction his actions had brought on himself and his family. God’s retribution, he said, was most painful.

One fateful day in 2011, while his case was ongoing, he received a call that his mother, younger brother and stepfather were killed in a car crash on the North-South Expressway near Tapah.

“My mother, whom I loved dearly and was my guiding light, was burnt to death after the car caught fire. I had fed her with the money I received from bribes.

“I believe I was arrested just weeks before my first son was born because God did not want me to feed my child with ‘dirty money’.

“I realised that prison time was a wake-up call for me to reform and contribute positively again to society.”

His wife, who works in the Attorney-General’s Chambers and whom he described as his pillar of strength, visited him in prison whenever she could.

After serving half his jail sentence, Mohd Firdaus was allowed parole.

Today aged 40, the former magistrate who now has three sons, has his calendar filled with invitations to speak at government agencies and institutions of higher learning about his bitter journey.

“While there were touts brokering deals in court, nobody forced me to take the bribes. I chose to take it, until it became a norm. At one point, it became so addictive that I sought bribes and felt awkward when I did not receive any. For that, I paid a heavy price.

“Had I said no to bribes, it would have ended there and I could have saved myself and my family from a whole lot of heartache and shame.

“My advice to everyone is, do not to give or take bribes. Corruption can destroy you and everything you have worked for.

“I believe only religion can overcome graft, regardless of which faith one belongs to.”

Mohd Firdaus has authored a book titled Tumbuk Rusuk, which is Bahasa Malaysia slang for corruption.

The book, which details his life as a child to his jailing for corruption, is in its fourth printing. Budget 2023: Civil servants to receive RM600 as aid for Aidilfitri

3.Sabah and Sarawak to enjoy rapid development under Budget 2023