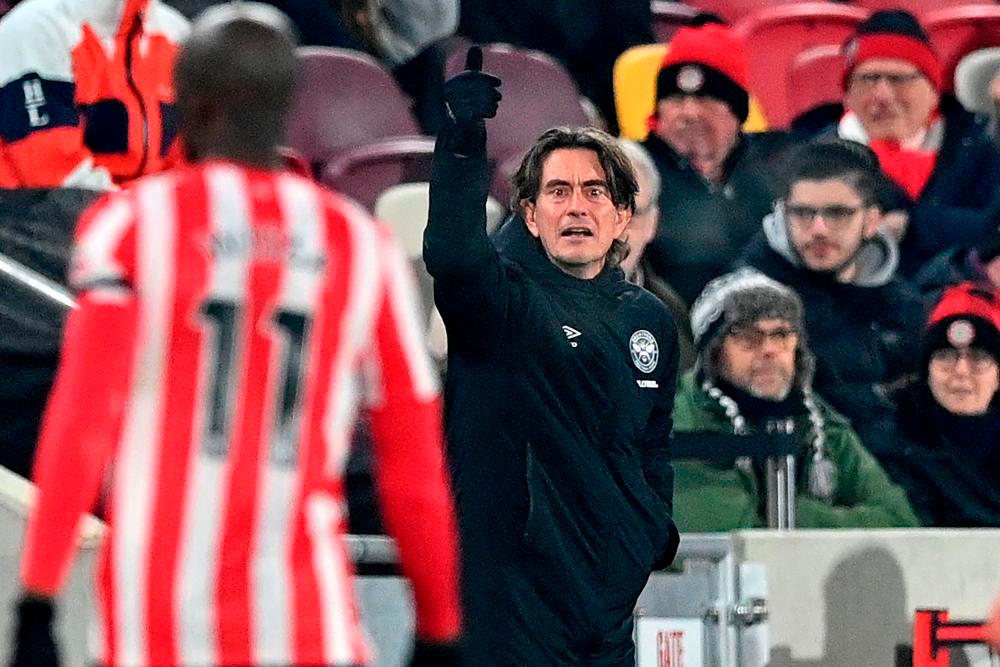 LONDON: Thomas Frank(pix) is optimistic Denmark star Christian Eriksen will agree to extend his stay at Premier League club Brentford after impressing during his brief spell at the Bees.

The former Tottenham and Inter Milan playmaker joined the London club on a short-term deal in January, just seven months after suffering a cardiac arrest at last year’s delayed Euro 2020.

Eriksen’s form means he is unlikely to be short of potential suitors but, after securing Brentford’s place in the Premier League for another year, Frank feels hopeful the 30-year-old will remain with his squad.

“I would love to say 100 percent, but I am convinced there is a good chance he can wear the Brentford shirt,“ he said on Thursday.

“I know I am optimistic but I also picked up the phone and said, ‘Hey do you want to come to Brentford?’ No-one thought about that six months ago. I am convinced we will have a chance.”

Frank added: “The way I will see it for us is it is a win-win. He helped the team, he gave something to the fans they had never seen before at this level. We helped him back to his football life again.

“For Christian, it is a win-win. Either he signs with us and everyone is going to be happy and the fans will build a statue of him outside the stadium in two or three years’ time, or he goes to a bigger level and fans will applaud him and we will all say, ‘Thank you for this time, go forward’.”

Mid-table Brentford wrap up their first top-flight campaign since the 1946/47 season at home to relegation-threatened Leeds on Sunday.-AFP