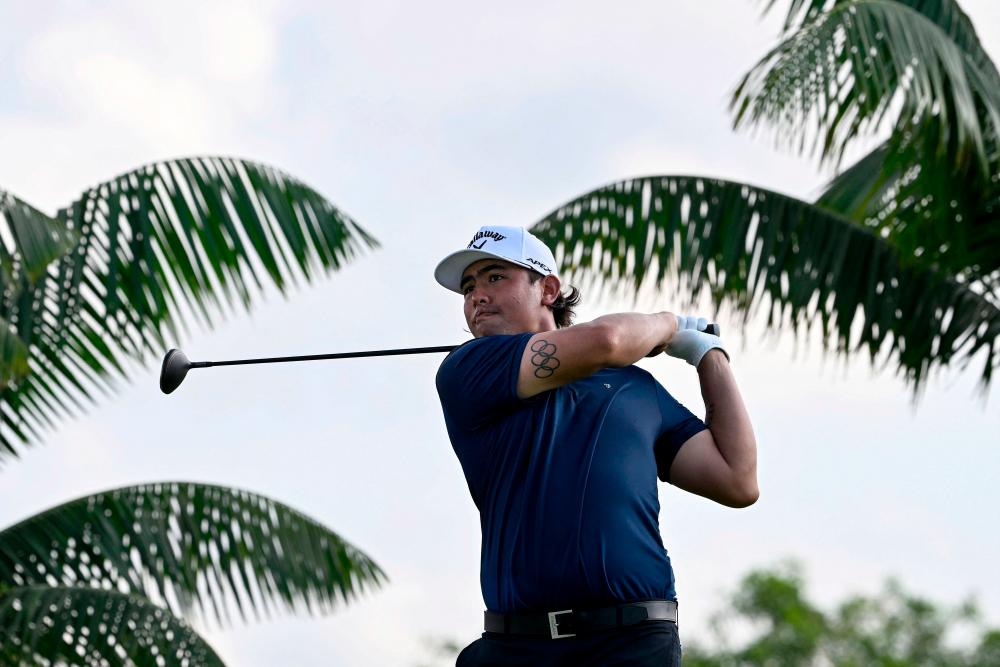 KUALA LUMPUR: National ace golfer Gavin Green(pix) has maintained his lead at the inaugural International Series Singapore with a total score of 202, though joined by Phachara Khongwatmai after the Thai carded a three-under-par 69 today.

Gavin, the 2017 Asian Tour Order of Merit champion, led with a score of 65 for two days (Thursday and Friday) but returned a 72 at the Asian Tour today.

“It was a grinding day, it was such a grind, I couldn’t get anything going. Nevertheless, I just hung in there as hard as I could, making pars from everywhere; sometimes you just got to do that.

“Golf is not a game you can be perfect all the time. My caddie kept saying, ‘stay in it, stay patient, keep trying and hit good shots,’ and you know what we made a lot of saves today, it was kind of a saving day. We are still in it, 18 more holes, I think it’s going to be fun,” said Gavin through a statement by the Asian Tour website.

He said so after his birdie on eight was offset by a dropped shot on 13, a stark contrast to his 14 birdies and no bogeys the last two days.

Meanwhile, Chinese-Taipei’s Chan Shih-chang and Thailand’s Nitithorn Thippong are a shot behind following rounds of 66 and 68 respectively, while England’s Steve Lewton came in with a 69 to sit a stroke further back.

Gavin and Phachara are chasing their second wins on the Asian Tour, with Gavin having won the Mercuries Taiwan Masters in 2017, and the latter the 2021 Laguna Phuket Championship.-Bernama