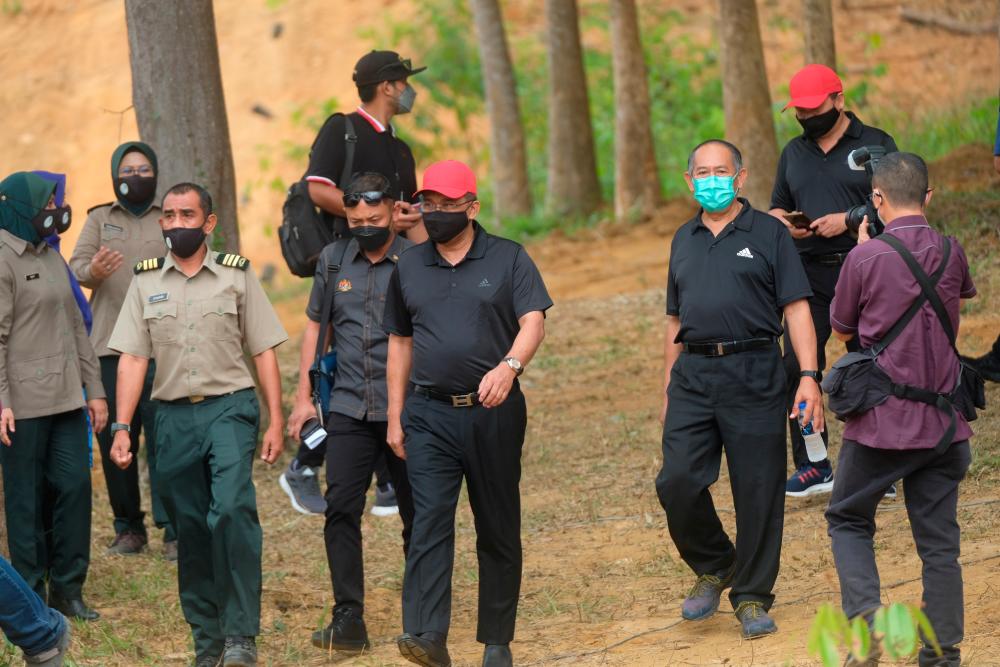 He said to date, the government had appointed over 600 rangers with respective expertise, including to protect forest reserves.

According to Takiyuddin, over 400 were from among the Orang Asli community while the rest were military and police veterans who had been given adequate training.

He said they were also given a special allowance which enabled them to have a take-home pay of over RM2,000 a month.

“The rangers are trained and have the capability of handling cases in the jungle including looking after the wildlife habitats to reduce human-wildlife conflicts. Such conflicts could occur as their natural habitat is used for development purposes,” he said when met by reporters here, yesterday.

When asked whether the government would increase the recruitment of rangers from among the Orang Asli, he said those with expertise in the field were now hard to come by.

“We need many more (rangers), we will appoint them. If we are to recruit rangers from among the Orang Asli, those with experience are almost gone.

“Nevertheless, we will train them if there are people who are keen to join the team,” he said.

Prior to this, the media reported that the Kemaman district in Terengganu recorded the highest number of disturbances by wild elephants in Peninsular Malaysia.

He said the other places in the state which also recorded intrusions by wild elephants were Besut, Dungun, Hulu Terengganu and Setiu.

According to the report, Takiyuddin said the Wildlife and National Parks Department (Perhilitan) had received 251 complaints from villagers and plantations from 2015 to 2021 involving losses totalling RM3.5 million.-Bernama

Tributes pour in for late veteran US lawmaker Bob Dole

All 114 students of Sekolah Seri Puteri in MAEPS doing well

Spurs climb to fifth with comfortable win over Norwich

1.Tributes pour in for late veteran US lawmaker Bob Dole

2.All 114 students of Sekolah Seri Puteri in MAEPS doing well

3.Spurs climb to fifth with comfortable win over Norwich