Great success at Kelantan Qualifier with 100 golfers in field 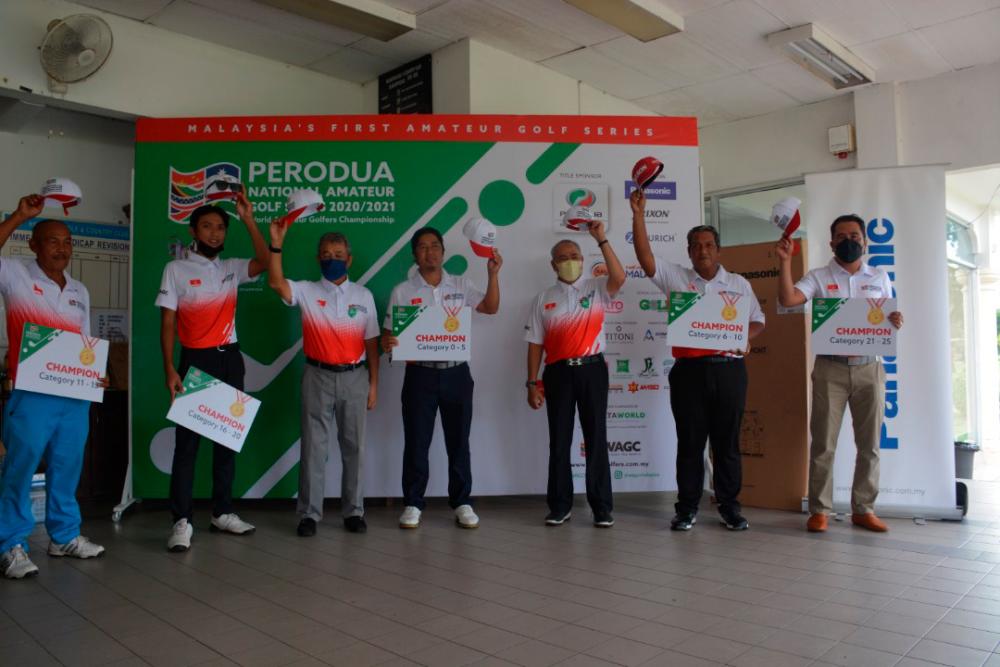 Champion of Kelantan Qualifier of PNAGS.

It hosted more than 100 golfers around the East Coast as far as Kuala Terengganu, Kuantan, Pasir MAS and Kota Bahru eyeing to represent Kelantan in the Nationwide Final scheduled on Jan 22 at Forest City Golf Resort.

Played in a calm weather where East Coast is expected to be raining during this monsoon season, Mahadi Ibrahim, a five-handicapper clinched the Category A title by scoring three-under 69 nett, followed by Mohd Zailan Sulaiman (7) who won the Category B with a score of 70 nett

“I am looking forward to represent Kelantan state in the PNAGS National Final next year,” said 40-year-old Mahadi who is also a member of the Kelantan Golf & Country Club.

PNAGS is an exclusive series of Qualifying Rounds golf tournaments conducted in all 14 states and Federal Territory. It has developed into the most popular and talked about golf tournament among amateur golfers in the country, based on the early on-line website registration received by the organiser.

The novel concept of the tournament provides an ideal platform for amateur golfers to excel in their game by first competing at state levels. Played in strokeplay nett format, winners of five handicap categories (0-5, 6-10, 11-15, 16-20 and 21-25).

At the national level qualifying rounds, the winners will then represent their states to compete in the national final.

Five champions of each handicap categories from the National Final shall represent the Malaysia team in the World Final of World Amateur Golfers Championship (WAGC) at an international venue to confirmed soon.

The PNAGS offers a great opportunity for amateur golfers, golf clubs, suppliers and corporations to rally together to promote the game and foster fellowship among the golfing fraternity.

Perodua is the Title Sponsor for PNAGS 2020/2021 while Panasonic, Srixon and Zurich General Insurance Malaysia Berhad were the co-sponsors.

The tournament is supported by Ministry of Youth and Sports, Malaysia Tourism Promotion Board and Malaysian Golf Association, with Astro as the broadcasting partner.

Delta World, the official partner and licensee for World Amateur Golfers Championship for Malaysia is the organiser for the PNAGS 2020/2021.