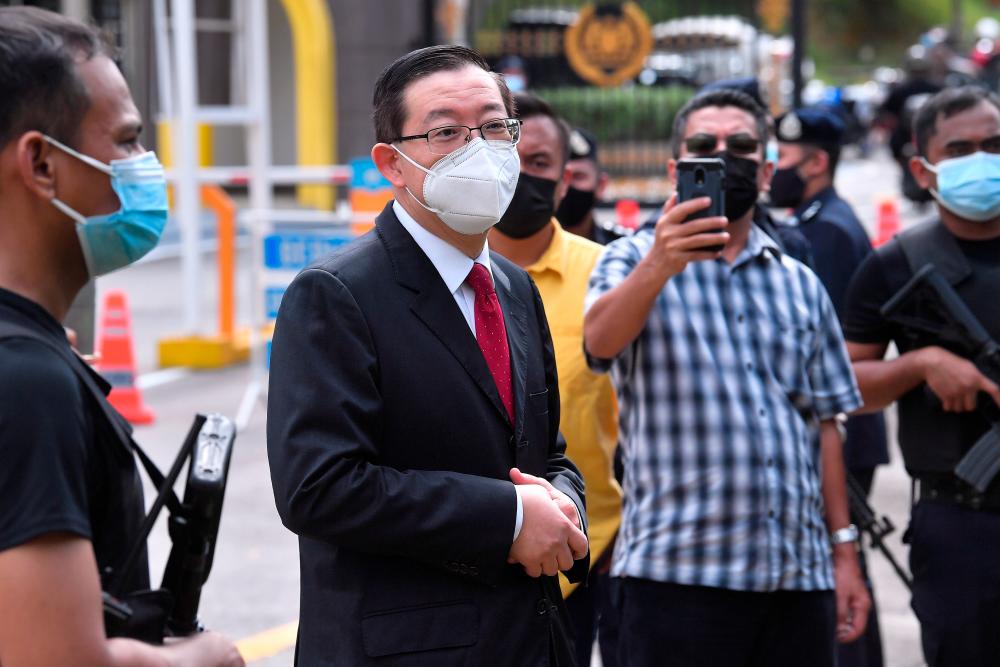 Ewe was the 15th prosecution witness and due to testify in the corruption case involving Lim, but he died last Oct 5 after allegedly falling from a condominium unit.

Lawyer Gobind Singh Deo said the statement should be rejected as the statement, dated last Aug 14 and recorded by the Malaysian Anti-Corruption Commission (MACC), did not comply with Section 30 (8) of the MACC Act.

He had queried why certain parts of the statement were handwritten and other parts in a computerised format, while law had stipulated that every part of the statement recorded by the MACC officer should be in writing.

“The first three statements separately recorded by MACC from Ewe last year seemed to exonerate Lim, but the fourth one which was recorded this year, however seemed to implicate my client.

“The only implication here is that it (statement purportedly recorded by MACC from Ewe) is a fabrication. Therefore, I am applying for the court to not allow all four statements to be admitted as evidence,” he added.

Deputy public prosecutor Wan Shaharuddin Wan Ladin submitted that the MACC statements were legally admissible as evidence as the defence failed to challenge the portion of the MACC recorded statements that the late Ewe was not compelled to give the statements.

“The defence failed to challenge page five of the MACC recorded statement, that the witness (Ewe) was not forced to give the statements and was telling the truth to the MACC,” he said.

After hearing submissions by both parties, judge Azura Alwi fixed Dec 13 to decide the matter.

Earlier, the court heard the testimony of the 16th prosecution witness, Foo Jee Hai, 49, who is Emicro Services Sdn Bhd director, who said that he had introduced Datuk Zarul Ahmad Mohd Zulkifli, the contractor of the Penang undersea tunnel and paired road project, to Ewe in 2011.

Lim, 60, is charged with using his position as then Penang Chief Minister to obtain a bribe of RM3.3 million for helping a company owned by Zarul Ahmad to secure the construction project worth RM6,341,383,702.

The offence was allegedly committed between January 2011 and August 2017 at the Penang Chief Minister's Office.

On the second amended charge, Lim is accused of soliciting bribes amounting to 10% of the profits from Zarul to be earned by the company as gratification for helping his (Zarul) company to secure the project.

The offence was allegedly committed near The Gardens Hotel, Lingkaran Syed Putra, Mid Valley City, here, between 12.30 am and 2 am in March 2011.

Lim, who is also DAP secretary-general, also faces two charges causing two plots of land, worth RM208.8 million, belonging to the Penang government to be disposed of to two companies, which are linked to the state’s undersea tunnel project.