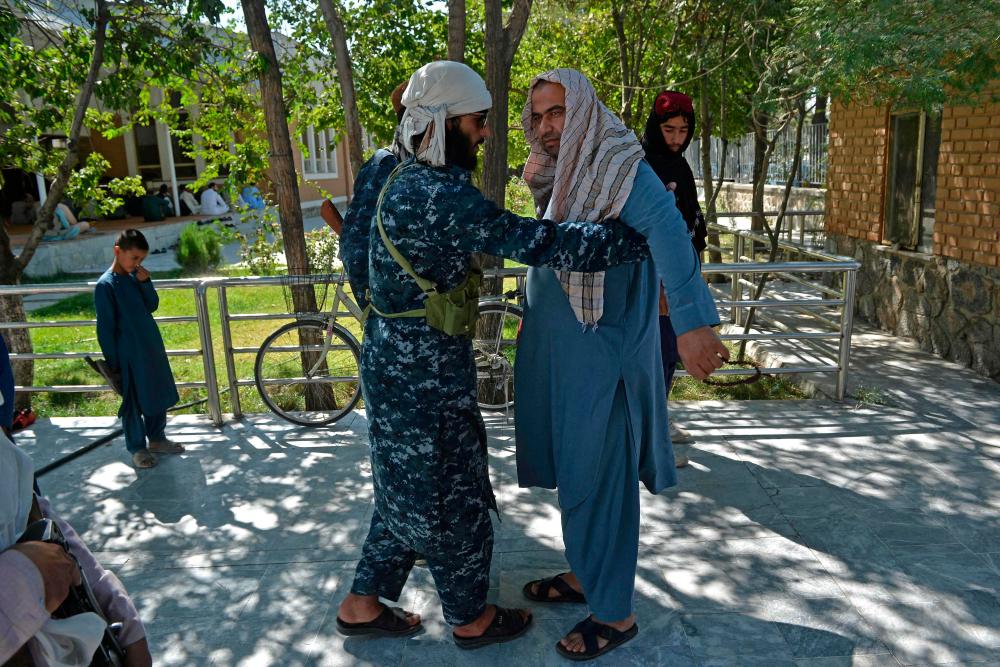 KABUL: Taliban soldiers cradling AK-47s and M16 assault rifles mingle among families at Kabul Zoo, a novelty experience for many of the young fighters from rural Afghanistan.

After years of fighting in the countryside, the capture of the capital was the first time many had entered a large city, let alone a zoo.

They take selfies and pose for group photos, but the relative tranquillity is upended suddenly when one fighter grabs a deer by its antlers and his friends roar with laughter.

After Friday prayers, scores of armed Taliban fighters turn out -- and many more are without weapons -- wearing traditional hats, turbans and shawls. Some sported the eye makeup popular among Afghan men.

One Taliban member, 40-year-old Abdul Qadir, who now works for the interior ministry, said he was sightseeing with a group of male friends.

“I really like the animals, especially those which can be found in our country,“ he says. “I like lions very much.”

Asked about the armed presence -- unheard of in other zoos around the world -- he says the Taliban were in favour of barring guns from the venue so that “children or women should not feel scared”.

The zoo was long a haven for women, children and young lovers in a capital that has little public space for anyone but men.

The designated photographer coordinates the shot, which is closely examined by the group afterwards.

A thumbs-up from one of the fighters, with a Taliban flag poking out of his magazine pouch, shows their approval.

Later, a different group of gunmen offer their rifles to boys as young as eight, who take snaps with their mobile phones.

The showpiece is a lion, named simply “White Lion”, which sleeps on a deck in its enclosure, measuring about 20 metres by 30 metres.

The zoo's most-treasured occupant was Marjan, a male lion who was a symbol of Afghan survival living through coups, invasions, civil war and the Taliban's first rule, until he died in 2002.

A bronze statue of the big cat, once injured by a grenade attack, greets visitors on their way in, while a plaque on its grave reads: “Here lies Marjan, who was about 23. He was the most famous lion in the world.”

Another popular attraction is the aquarium and reptile house, where women in niqabs, burqas and hijabs shepherd young girls and boys around the tanks.

A python is coiled up in a large glass enclosure as goldfish, catfish and turtles swim around in tanks lining the walls.

Samir, who is in Kabul waiting to return to London where he lives, is at the zoo with his young son and nephew.

He says they have been having “a very hard time” since the Taliban stormed to power in mid-August.

“We didn’t expect (the Taliban) to come so quickly. It’s quite peaceful in Kabul, but the thing is, the way they are, people don’t feel safe.”

Nestled between steep hills and next to the Kabul River, entry to the zoo costs 40 cents for Afghans, although some Taliban soldiers walk in without paying, flagrantly disregarding the sign saying “No Guns in the Zoo”.-AFP

5.There is urgent need to increase digital-ready MSMEs across Asean — PM