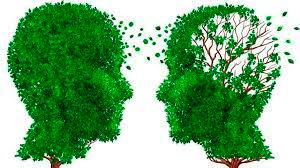 PETALING JAYA: Patience, a most essential quality, is in short supply when it comes to caring for people with dementia and Alzheimer’s disease.

It can get frustrating when a child has to care for a parent who no longer remembers who she is, who keeps asking the same questions, or does not recall even the most recent events.

But worse than that is the stigma.

However, Alzheimer’s Disease Foundation Malaysia (ADFM) project director Gan Chong Shyan pointed out that the discrimination against people with dementia has more to do with a lack of understanding rather than ill-will.

To address the situation, ADFM has launched a series of programmes in conjunction with World Alzheimer’s Month 2021 to raise public awareness, engage and educate people in a move to reduce the stigma.

Dementia and memory loss are closely association but while similar symptoms can and do appear with various types of memory challenges, there are some significant distinctions.

As consultant geriatrician Elizabeth Chong told theSun, while dementia mostly affects older people, it is not part of the ageing process.

“Rather than a specific disease, dementia is a general term for the impaired ability to remember, think or make decisions, leading to an interference with everyday activities,” she said.

Alzheimer’s disease is the most common type of dementia. According to the National Health and Morbidity Survey 2018, about one in 10 persons aged over 60 suffers from dementia.

Unfortunately, there is no cure. Chong, who is lead trainer at ADFM, said the treatment is only to slow down the deterioration process to improve the quality of life for both sufferers and their caregivers.

The medicinal remedy is to prescribe Acetylcholinesterase inhibitors, according to the National Health Service of the United Kingdom. The non-drug options are cognitive stimulation therapy or rehabilitation as well as reminiscence and life story work.

“While dementia has been associated mostly with old people it can manifest in younger people, too,” Chong said. Patients aged below 60 are categorised as having young onset of dementia,” she explained.

Among the most common warning signs are memory loss, difficulty performing familiar tasks, problems with language, disorientation to time and place, poor or decreased judgment, problems keeping track of things, misplacing things, changes in mood or behaviour, trouble with images or spatial relationships and withdrawal from work or social activities.

Early detection also facilitates planning of future care individualised for the sufferer to help improve quality of life, social skills and future security. “It can also postpone the need to send the patient to a nursing home,” she added.

Gan said the effort by ADFM is to create an opportunity for people with dementia, their caregivers, professionals, the media and communities to work together to address the issue while lobbying the government to provide better care.

“It’s crucial to raise awareness on the importance of implementing the Global National Policy on Dementia endorsed by the World Health Organisation in May 2017,” he said.

The ADFM programme for World Alzheimer’s Month, which was launched last Saturday, will showcase a virtual memory walk and a series of awareness talks over Zoom.

Members of other organisations as well as elected representatives will deliver key messages on creating a dementia-friendly community. “We hope people will come together to ‘walk’ online with us. Our target is to achieve 10 million steps to raise awareness on dementia and we encourage people from all walks of life to join in this meaningful cause,” Gan said.

Also in the line-up of activities are elderly yoga sessions, expressive art workshops and dance classes.

“Our theme for this year is ‘A New Journey Starts With Early Diagnosis’. If we can identify early signs of dementia, it enables early intervention and delays deterioration,” he added.