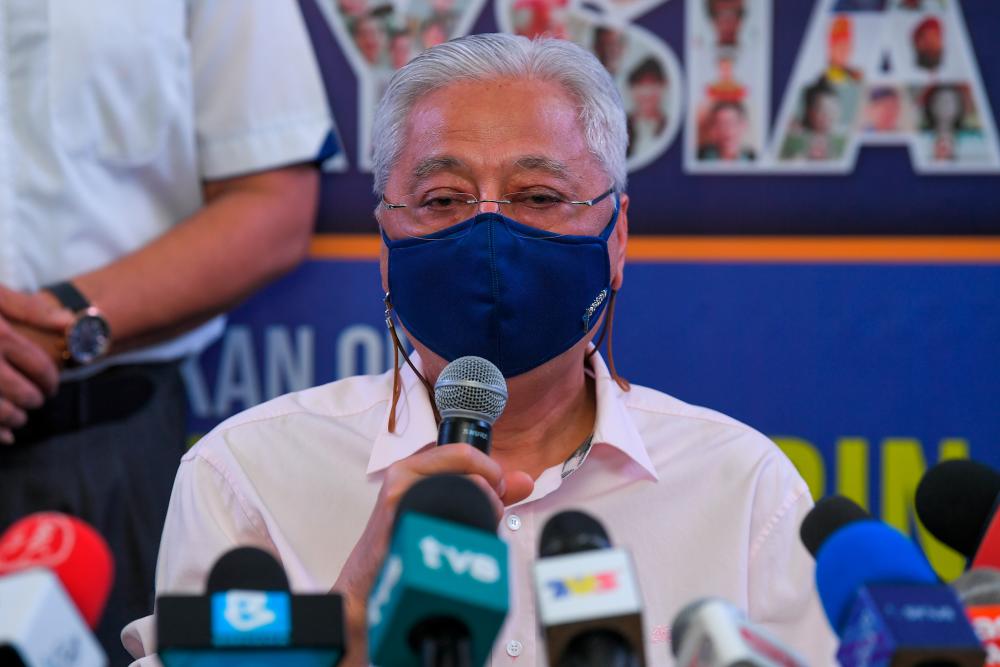 KUALA LUMPUR: The Human Resource Development Corporation (HRD Corp) will function as the central agency for all human capital development programmes, in line with the rebranding of the agency under the Human Resource Ministry (KSM) today, said Datuk Seri Ismail Sabri Yaakob(pix).

The prime minister said the government had also decided to place all upskilling and reskilling training programmes under KSM, to be managed by HRD Corp to avoid duplication.

“This effort will be realised through an integrated platform or ‘single window’ for Malaysians to search and apply for skills development programmes offered by the government.

“This integrated platform will be accessed by more than one million Malaysians next year,” he said when launching the new branding of HRD Corp and Upskill Malaysia one-stop platform here.

Ismail Sabri said 5,000 courses would be offered by various ministries and government agencies with government financing for the benefit of 220,000 participants expected to sign up for the programmes.

The prime minister is confident that HRD Corp, previously known as Pembangunan Sumber Manusia Berhad (HRDF), can continue to support Malaysia’s vision to become a high-income nation based on the digital economy, through the development of Keluarga Malaysia (Malaysian Family).

“This is in line with the aspiration of the government as enshrined in the 12th Malaysia Plan (12MP), based on the Shared Prosperity Vision 2030,” he added.

He hoped HRD Corp can bring great benefits and give a major impact to the country for the long term, consistent with the agency’s mission to enhance the standard of living of Malaysians through life-long learning and to fulfil job requirements in the future.

“It is my hope that HRD Corp will continue to support human capital development efforts through more skills training, upskilling and reskilling programmes which will bring benefit to Keluarga Malaysia,” he added.

Ismail Sabri said since its establishment in 1993, HRD Corp had been playing a significant role in developing highly skilled workers through various training schemes and boosting productivity in the country’s industrial sector.

He said the agency’s role had become more important in the past 18 months when it introduced various programmes to protect existing jobs and create new opportunities for Malaysians.

“These include skills training and income generating programme PENJANA HRDF which was introduced in June 2020 and has helped almost 100,000 participants through five main schemes, namely Place & Train, B40 Development, Gerak Insan Gemilang (GIG), Industrial Revolution 4.0 and SME Development,” he added.

HRD Corp has also introduced free online training hub e-LATiH, which now has 154,000 registered students and an enrolment of 400,000 in more than 400 training courses.

He said levy collection this year was expected to hit RM680 million, and part of it had been used to train 500,000 workers, in line with the extension of PSMB Act 2001 which resulted in employers registered with the agency increasing from 33,000 to 65,400.

“This number shows an increase of more than 96 per cent involving almost four million workers in a period of one year,” he said.

The prime minister is confident that HRD Corp can make training management more systematic and focus fully on training according to the current needs of industry players.

In his speech, Saravanan said the government was targeting to train 220,000 Malaysians by 2022 through the portal which now offers more than 200 programmes in 35 fields of expertise.

He said HRD Corp would continue to implement initiatives throughout the recovery phase of the national economy to enhance the capability of Malaysia’s human capital.

“These include online shopping platform Jana’Preneur and the skills training programme for placement of former convicts, Second Chances and Opportunities for People to Excel (Scope), and the introduction of reforms to the National Human Resource Centre (NHRC), which will play an important role as a ‘think tank’ at the national level.

“This rebranding also sees the expansion of the act, which now covers 18 main sectors and 238 industries, to increase training opportunities to more than 6.1 million workers in a few years’ time,” he added.

Saravanan said the rebranding showed the commitment and new direction of the agency as the primary custodian of skills and human capital development for Malaysians.-Bernama