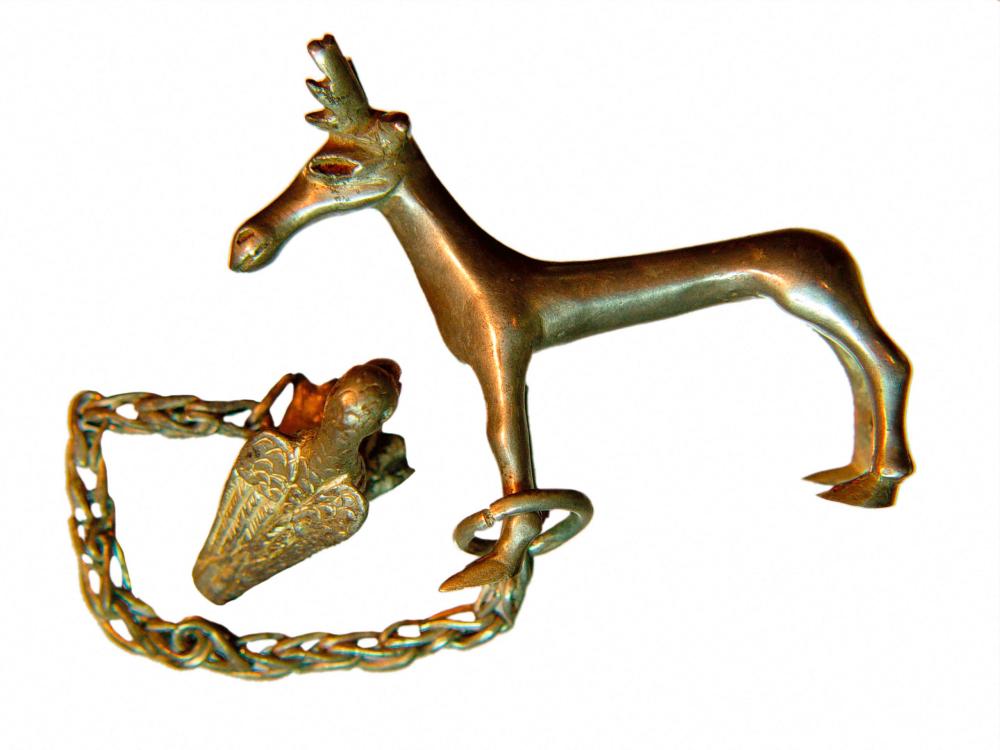 AMSTERDAM: Dutch appeals judges on Tuesday ruled that a priceless collection of Crimean gold “must be handed over to Ukraine”, in a major win for Kiev which hailed the ruling.

The pieces were loaned to an Amsterdam museum shortly before Moscow annexed the peninsula in 2014 and have been stuck pending Tuesday's judgement, which could have far-reaching consequences.

“The Amsterdam Court of Appeal has ruled that the Allard Pierson museum has to hand over the ‘Crimean Treasures’ to the Ukrainian state,“ presiding judge Pauline Hofmeijer-Rutten said.

Four Crimean museums launched a joint legal bid seven years ago to force the Allard Pierson museum to return the historic collection of archaeological artefacts dubbed the “Scythian Gold” to the peninsula.

A lower Dutch court said in 2016 that the treasures were part of Ukraine's cultural heritage and must be returned instead to Kiev, adding that Crimea was not considered a sovereign state.

The Crimean museums appealed against the judgement, saying that they belonged there.

The Dutch court of appeal said in 2019 that it needed more time to decide on the matter.

But on Tuesday, the 2016 decision was upheld.

“Although the museum pieces originate from Crimea and to that extent may be considered a part of Crimean heritage, the are part of the cultural heritage of the Ukrainian State as it has existed as an independent state since 1991,“ Hofmeijer-Rutten said.

Ukrainian President Volodymyr Zelensky said the “long-awaited victory” to return the treasure was a “fair decision”.

“We always regain what’s ours. After the ‘Scythian gold’, we’ll return Crimea,“ Zelensky said on Twitter.

The treasures themselves until now have remained in “safe storage” at the Allard Pierson, the archaeological museum of the University of Amsterdam.

The rich collection spans the second century BC to the late medieval era, when Crimea was at the crossroads of ancient trade routes through an area dominated by the Scythian people.

The treasures were loaned to the Allard Pierson museum less than one month before Russia annexed Crimea in March 2014, and displayed in an exhibition titled: “The Crimea: Gold and Secrets from the Black Sea”.

Kiev says Russia illegally annexed the Black Sea territory, a month after Ukraine's Moscow-backed president was ousted in a pro-EU revolt, and accuses Moscow of backing a pro-Russian insurgency in Ukraine's east.

When both Ukraine and the Crimean museums lodged rival claims to the collection and sought its return, the museum was “caught between hammer and anvil” and so kept hold of the collection, the court said previously.

The 2016 decision by Amsterdam district court was hailed by Kiev at the time as a wider victory, with then president Petro Poroshenko saying that “not only Scythian gold is Ukrainian, Crimea is also Ukrainian.”

But Moscow reacted with outrage at the time of the lower court's decision.

“Unfortunately, this decision is an example of the violation of the rights of cultural institutions and the destruction of the unity of museum collections,“ the Russian Culture Ministry said then.

The Crimean museums had “strong legal arguments” to support their position in court, Russia’s ambassador to the Netherlands, Alexander Shulgin, told the RIA Novosti news agency in an interview in June.

The issue has dragged on since 2016, with the Amsterdam appeals court in 2019 saying it needed “further information” from both sides to make a decision.

It ruled that since the case appeared to be covered neither by Dutch, EU or UNESCO world heritage laws, “it is now a question of deciding who has the strongest rights”.

The appeals court on Tuesday found “that the interest that lies in preserving the museum pieces in the public interest of the Ukrainian state carries great weight.”-AFP