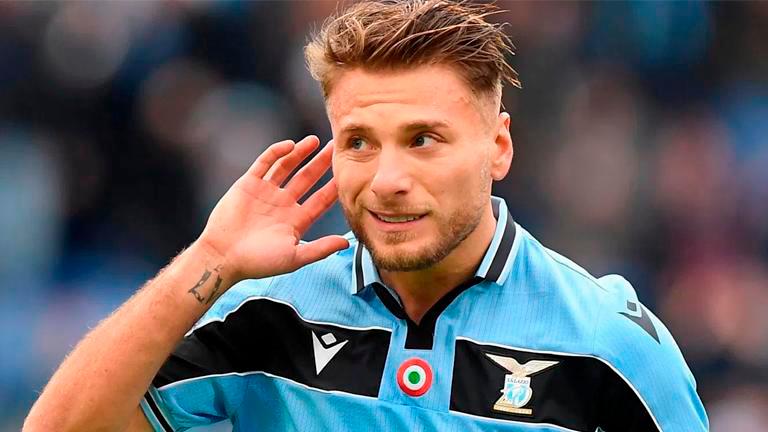 MILAN: Ciro Immobile (pix) is out of Italy's Nations League match with England after becoming the latest Azzurri player to fall foul of an injury.

Lazio forward Immobile has not been included in Roberto Mancini's list of 23 players for Friday's League A, Group 3 match at the San Siro, a muscular problem keeping him out of action.

Mancini has also lost midfielders Marco Verratti, Sandro Tonali, Lorenzo Pellegrini and Matteo Politano in the lead up to the fixture.

Italy sit third in their group, two points behind leaders Hungary who they face in Budapest on Monday.

England are bottom and risk being relegated to group B after not winning one of their previous four fixtures in this season's Nations League.-AFP