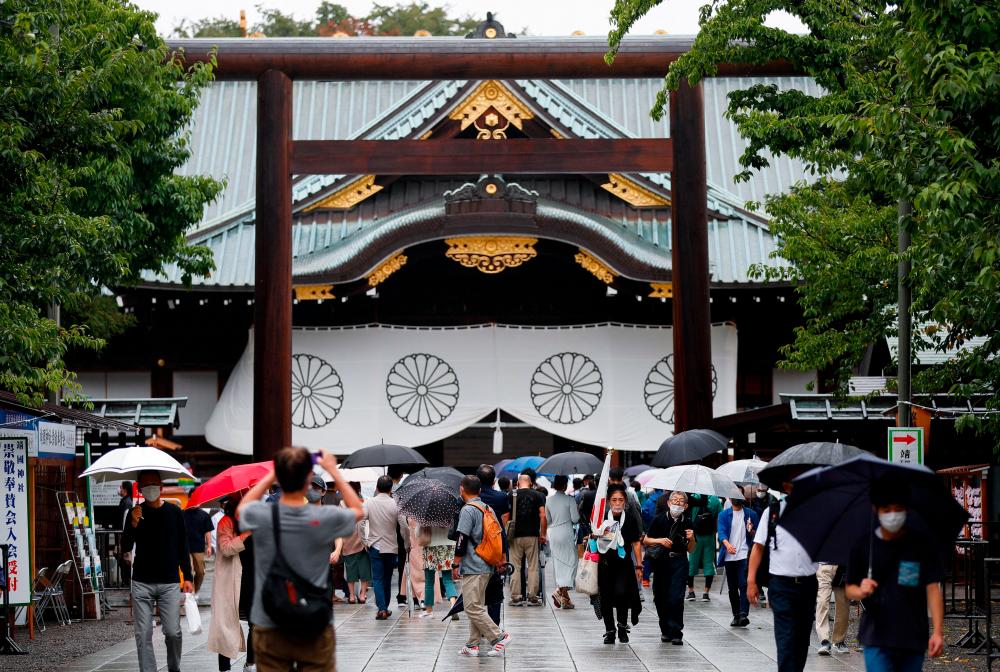 “I resolved to do my utmost for the peace and development of Japan, while thinking of the late Prime Minister Shinzo Abe,“ Nishimura told reporters, according to Kyodo.

Nishimura belongs to the party faction that was led by Abe, who was gunned down at a campaign rally last month. Kishida tapped Nishimura to head the Ministry of Economy, Trade and Industry in a cabinet reshuffle on Wednesday.

Yasukuni is seen in China and South Korea as a symbol of Japanese former military aggression because it honours, among some 2.5 million war dead, 14 Japanese World War Two leaders convicted as war criminals by an Allied tribunal.

South Korea expressed “deep disappointment and regret” at Nishimura’s visit. The shrine “glorifies Japan's past war of aggression and enshrines war criminals,“ the foreign ministry said in a statement.

Abe visited in December 2013, shortly after taking office but refrained for the rest of his tenure to avoid angering China and South Korea.-Reuters