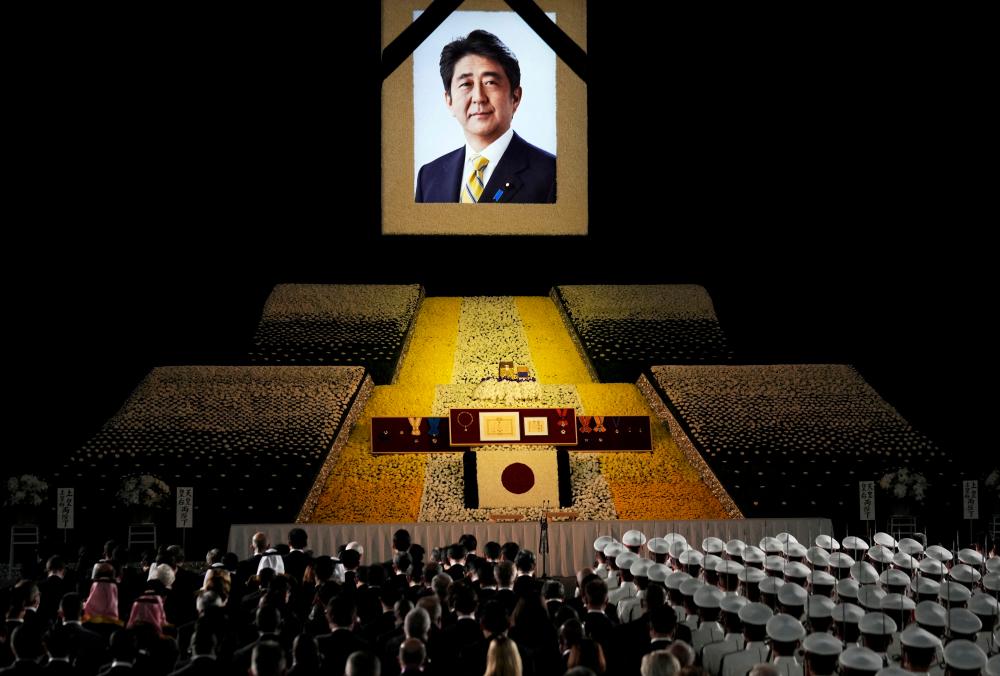 ISTANBUL: Japan on Tuesday held a state funeral to honor its former Prime Minister Shinzo Abe who was assassinated in July during an election campaign, Anadolu Agency (AA) reported.

The decision to hold the state funeral also triggered protests around the event venue set up in a park near the Nippon Budokan Hall in Tokyo, where over 700 foreign dignitaries and locals are paying tributes to the former leader of the ruling Liberal Democratic Party, known for stabilising the Japanese political arena.

The ceremony began at around 2.13 pm local time (0513GMT) after Abe’s cremated remains arrived at the venue and were handed over to Prime Minister Fumio Kishida by the slain premier’s widow Akie Abe.

A small documentary showcasing Abe’s life and work as Japan’s chief executive was played after the country’s national anthem was played at the venue.

“Japan is back ... Future of Japan depends on what we do now,” are some of the quotes from Abe’s speeches that were played during the ceremony.

“Mr Abe, you were a person who should have lived much, much longer as a compass for Japan’s and the world’s future,“ Kishida told the ceremony.

“We can no longer see you in action ... that is heartbreaking and regrettable,“ Kishida added.

Tokyo is on high alert with around 20,000 police personnel guarding the venue.

Abe is the longest-serving prime minister of Japan who was assassinated on July 8 while delivering an election campaign speech in western Nara city.

It is the first time in 55 years that Japan is honoring any of its leaders with a state funeral.

State funerals are reserved only for members of Japan’s imperial family.

Since World War II, only one politician was given this honor in 1967. He was Yoshida Shigeru who served Japan as a prime minister for seven years in two terms -- from 1946 to 1954 -- and negotiated the end of the US occupation and Japan’s regaining independence.-Bernama