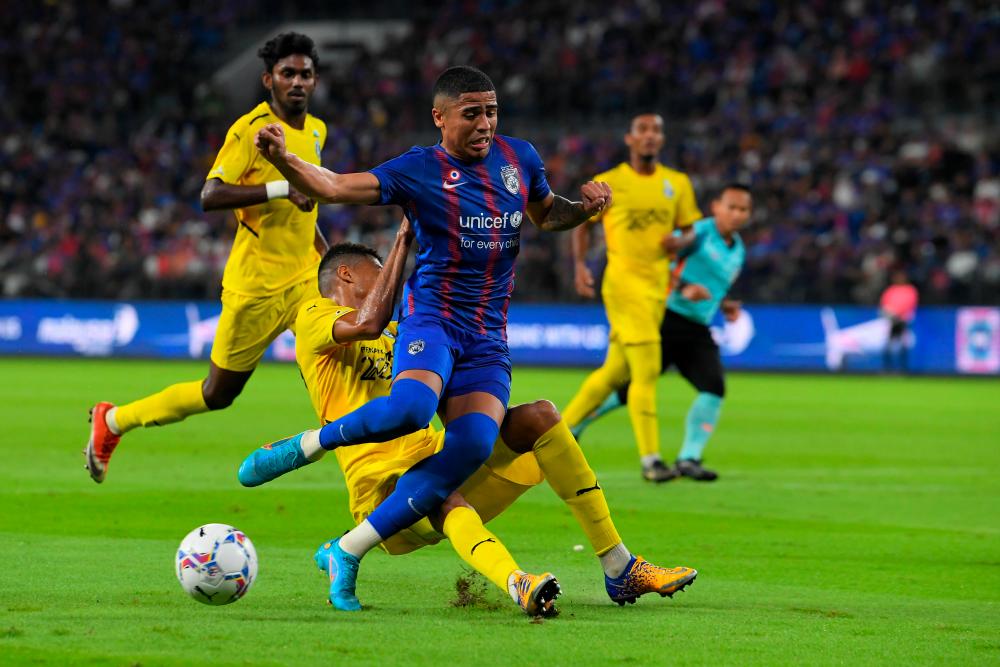 The Southern Tigers were in control of the match as soon as the whistle was blown with winger Arif Aiman Mohd Hanapi netting a hat-trick for a well-earned victory for the squad under Hector Pablo Bidoglio.

In the second half, just three minutes after resuming play, Arif Aiman easily slotted in the ball from a long pass by Forestieri in the 48th minute before scoring another goal three minutes later.

However, Datuk Zainal Abidin Hassan’s boys managed to find their rhythm to crack JDT’s goal in the 54th minute via Lucas Espindola Da Silva after getting a pass from Muhammad Gopi Rizqi Ramachandra.

Nonetheless, the happiness of Penang FC was short-lived when Arif Aiman was on target again in 61st minute after cleverly running past the defence.

A powerful shot by Muhamad Syahmi Safari at the last minute before the match concluded took the score to 6-1 until the final whistle.

JDT will be waiting for the winner of the semi-final match between Terengganu FC and Selangor FC, who will be clashing at Sultan Mizan Zainal Abidin Stadium in Gong Badak, Kuala Nerus, Terengganu tomorrow night.-Bernama 1.KDA FC performance: Wages of players, coaches not the issue