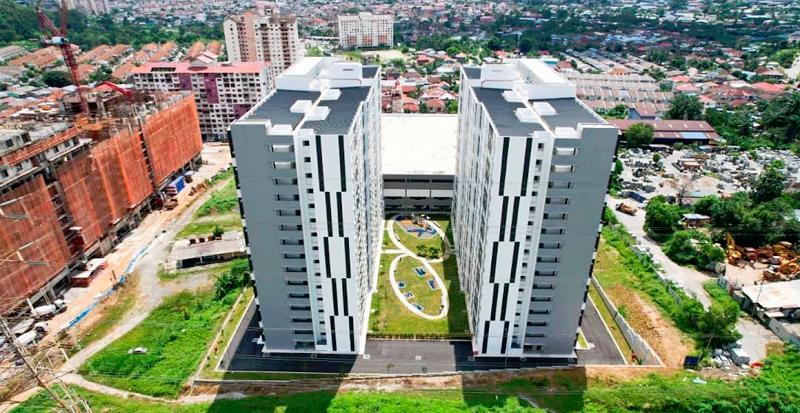 BATU CAVES: In 2018, Shaharom Bee Babjan, who was a resident at the Seri Temenggung squatter village with 29 others since 1984, was allocated a three-bedroom apartment of 84sqm in Batu Caves, for which she only paid RM65,000.

The subsidy was a huge relief for the 61-year-old and her family of six. Unfortunately, their joy turned to despair when they could not get a bank loan.

The developer had given her until December last year to arrange a loan to keep the unit.

She is currently living with her son, daughter, son-in-law and three grandchildren in a rented shophouse. Her son was involved in a road accident about six months ago and suffered serious injuries. He requires regular hospital visits and is unable to work and earn an income.

Shaharom Bee had applied for a housing loan under her daughter Nur Azila Rokli’s name due to her age. The 33-year-old is a home-based baker, selling cookies and cakes with a monthly income of RM700. Her husband works at a telecommunications company, earning a monthly salary of RM3,950.

Nur Azila had applied for loans with banks but her applications were rejected due to her low income. She also tried applying jointly with her husband, but was rejected as he was blacklisted for an outstanding debt.

“After doing calculations, I know I can service the loan. But some banks said they cannot approve our application because the amount is below RM100,000. I have tried so hard to secure a loan since 2018. At one point, my mother thought I didn’t do enough, especially when she saw the building was almost completed.”

Late last year, Nur Azila was introduced to Yayasan My First Home (YMFH), which assisted the family by providing the loan they needed.

YMFH is a charitable foundation established in 2021. It serves as a touch point and facilitator to bring together all the various stakeholders, including developers, financiers, donors, NGOs, the relevant federal and state agencies and other interested parties in a combined effort to meet the primary goal of promoting and facilitating the development of affordable home ownership by the B40 group.

“I am so thankful to YMFH. It has removed the burden and anxiety we have been carrying for the past five years. We are glad that now, we are just waiting to move into our new house this August,” said Nur Azila.

YMFH general manager Nambee Ashvin Nambiar said the former squatters are mostly low-income earners and that is the main reason for not getting bank loans.

“This is a group of people that risk being homeless or having to rent due to eviction, so our assistance has a greater impact on this demographic. If we don’t help them, they have no other avenue since banks would not grant them loans. We don’t want them to get any illegal loans and risk getting into other problems as well,” he said.