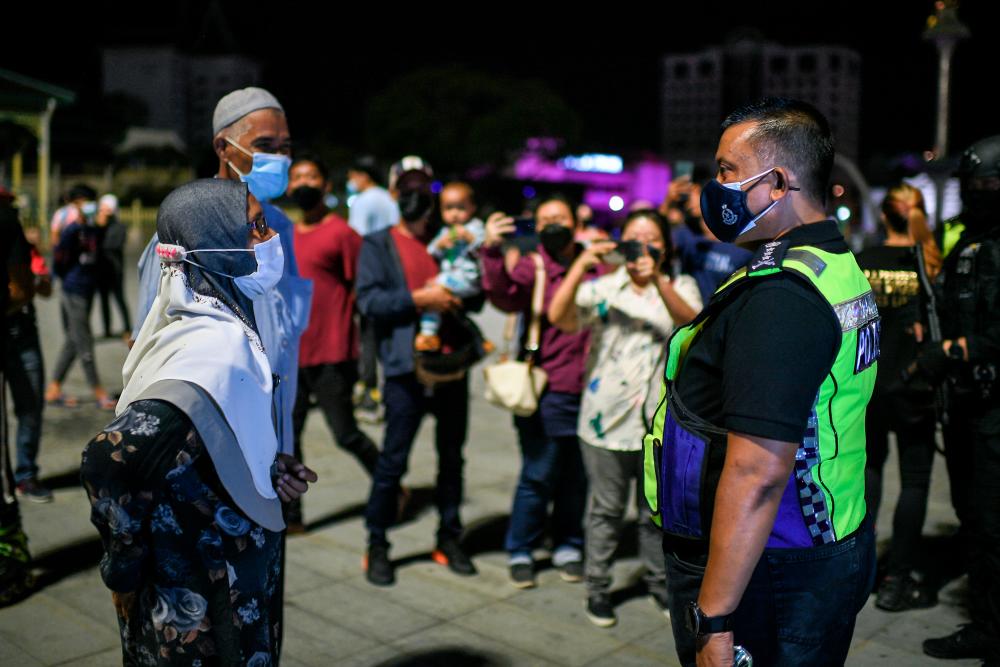 ALOR SETAR: Kedah police will increase monitoring activities especially at the border areas following the government's decision to allow interstate travel and the opening of the economic sector as the permission maybe abused by certain parties to carry out criminal or unhealthy activities.

“Police also detained 151 individuals who were suspected to be involved in drug dealings and of the number, nine individuals were detained under Section 39B of the Dangerous Drugs Act 1952,” he told a press conference after Ops Patuh and inspection of vehicles at police roadblocks here last night.

He said several Ops Patuh operations had been conducted since Oct 12 in a move to ensure that the country’s security and safety were maintained following the government’s decision to allow interstate travel beginning Oct 11.

“The police wish to advise the public that with interstate travel allowed, the standard operating procedures and the new normal must continue to be adhered to because the Covid-19 pandemic is not over yet,” he said.

He said in the Ops Patuh three-hour operation from 10.30 pm yesterday, 21 patrons of an entertainment outlet, aged between 20 and 40 including six women, were issued compounds of between RM2,000 and RM5,000.

Under Phase Two of the National Recovery Plan (PPN) entertainment outlets are not allowed to operate and patrons who failed to register using the MySejahtera application and were not vaccinated could be fined.

“Compounds were also issued to the outlet owner and two workers aged between 30 and 50 including a Myanmarese who claimed to be a UNHCR cardholder and has not been fully vaccinated.

“All those detained at the entertainment outlet were taken to the police contingent headquaters to undergo a urine test,” he added.

Commenting on Kedah crime index, he said the state recorded a drop of 5.51 per cent of 179 cases from the period Jan 1 to Oct 16 as compared to 3,247 cases in the corresponding period last year.

He said 3,068 crime cases were recorded in the state for the same period this year.-Bernama