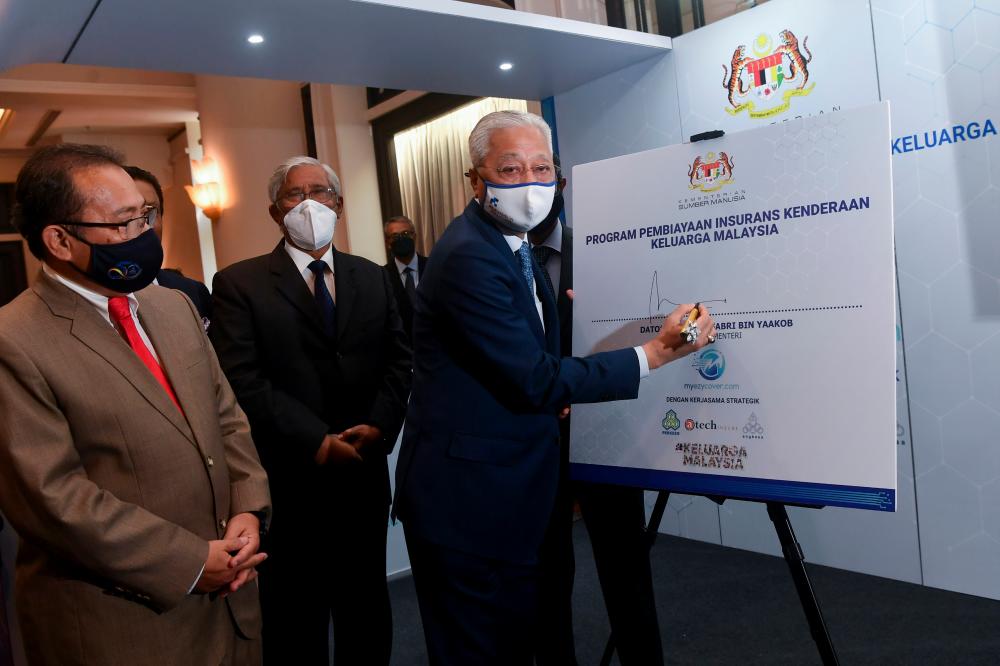 PUTRAJAYA: Myezycover.com, the digital platform for Keluarga Malaysia vehicle insurance financing programme based on the syariah-compliant Qardhul Hasan concept which does not involve interest or riba (usury), was launched today to help civil servants pay their car insurance and road tax in instalments.

Prime Minister Datuk Seri Ismail Sabri Yaakob said the approximately 1.6 million civil servants including those under a contract of service, are expected to benefit from the financing programme, which offers various benefits to protect their cars from potential loss due to accidents or natural disasters such as floods and landslide.

“Through myezycover.com, civil servants can renew their car insurance at their fingertip easily, economically and quickly. The insurance cover note can also be obtained in just five minutes,” he said at the launch of myezycover.com here today.

Elaborating, Ismail Sabri said myezycover.com is an interest-free loan facility to help the civil servants pay their car insurance and road tax in instalments of up to 10 months through the ANGKASA salary deduction scheme.

He said permanent and contract civil servants were eligible to apply for the insurance financing scheme provided that the debt ratio did not exceed 60 per cent of their monthly salary.

“The initiative is not merely commercial oriented. Most importantly, it can help realise the concept of Keluarga Malaysia based on the happiness index, which is the benchmark of the government’s commitment and determination,” the Prime Minister said.

At the same time, he said this could also help alleviate the civil servants’ financial stress every time they have to renew their car insurance and road tax.

“This clearly proves the government’s concern for the welfare of civil servants in line with the Keluarga Malaysia aspirations which emphasise the values of inclusion, togetherness and gratitude.

“We are now in the Transition to Endemic phase and the country’s economy is showing positive growth.

“But, the people are facing the challenges of the rising cost of living due to the geopolitical uncertainties and climate change. This includes the Russia-Ukraine conflict which is expected to drag on and affect the food commodity markets, fuel prices and supply chain,” he said.

“Realising this, the government has also formulated and implemented various programmes and initiatives to alleviate their burden,” he said.

Ismail Sabri said the government welcomed the implementation of such public-private projects, especially those that will bring about a positive impact on the country and the people. ‘Quite emotional’ Djokovic into fourth final of season in Tel Aviv ‘Quite emotional’ Djokovic into fourth final of season in Tel Aviv

1.Mbappe off bench to steer PSG to victory

3.‘Quite emotional’ Djokovic into fourth final of season in Tel Aviv