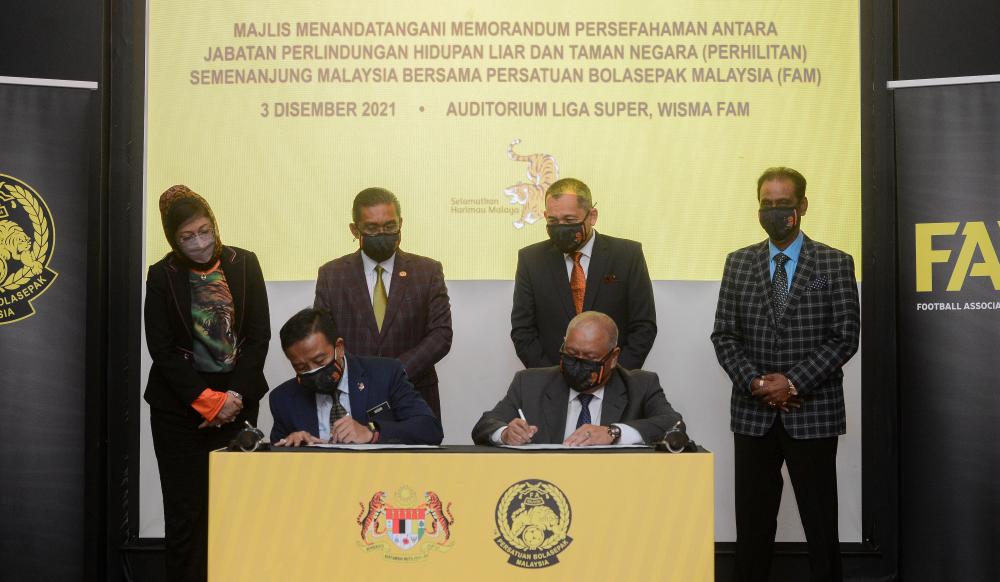 PETALING JAYA: The Ministry of Energy and Natural Resources (KeTSA) today signed a memorandum of understanding (MoU) with the Football Association of Malaysia (FAM) to enhance conservation efforts for the Malayan tigers through Save the Malayan Tigers Campaign.

Its Minister Datuk Seri Takiyuddin Hassan(pix) said the campaign is one of KeTSA’s targets under its 100 days Keluarga Malaysia (Malaysian Family) Aspirations.

“The memorandum is aimed at ensuring that the Malayan Tiger species, which is a symbol of the national coat of arms and synonymous with the national football team, will not become extinct,” he said at the signing ceremony at Wisma FAM here today.

Meanwhile, Hamidin said the strategic cooperation between the football association and Perhilitan would intensify efforts to save the species that signifies courage, might and strength, which also represents the national football team.

“So, we do not want this symbol of might and the source of inspiration for the national team to disappear over time,“ he said, adding that this commitment would also raise public awareness on wildlife conservation efforts.-Bernama