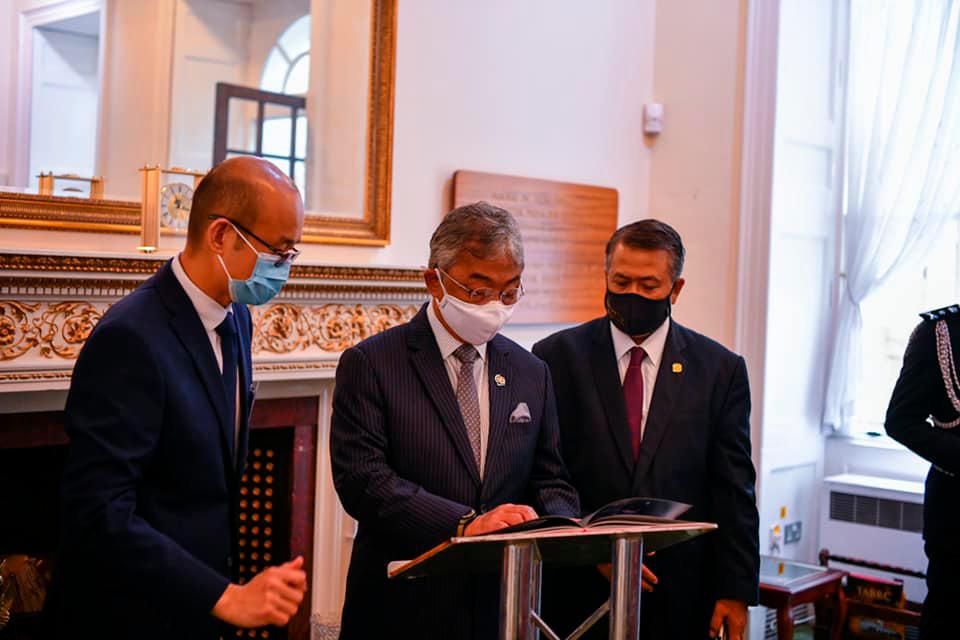 He was welcomed by TARCC chief executive officer Dr Lee Jiang Jun, its top management and staff upon his arrival at 9.40 am (local time).

During the two-hour visit, His Majesty was given a briefing on the natural rubber development and research programme conducted at TARRC.

Istana Negara said in a statement uploaded to its official Facebook page said His Majesty planted a Sweet Gum tree (Liquidambar styraciflua) in the TARRC compound to mark his visit, adding that the King also took the time to survey the facility.

The Malaysian High Commissioner to the United Kingdom Zakri Jaafar was on hand to accompany Al-Sultan Abdullah during the visit.

Originally known as the British Rubber Manufacturers Research Association, TARRC is a research and promotion centre for the Malaysian Rubber Board which was established in 1938.

Their Majesties visited the Battersea Power Station in London as well as the Malaysian High Commission in Belgrave Square on Friday, where they spent time meeting with the Malaysian community in London.

According to Istana Negara, Al-Sultan Abdullah is scheduled to leave for the second session with the Malaysian community in The Shire, London at 11 am (local time) today.

Al-Sultan Abdullah is also scheduled to attend the Sandhurst Reunion Dinner at the Royal Military Academy Sandhurst, where His Majesty studied between 1978 and 1979.

His Majesty will hold a meeting with the UK’s Chief of the Defence Staff General Sir Nicholas Carter to discuss bilateral military cooperation between Malaysia and the UK.

After the special visit, Their Majesties will stay back in London and are scheduled to return home on Oct 23.

The special visit is His Majesty’s second to the UK since he became the Yang di-Pertuan Agong, with the first being a seven-day trip from Dec 9, 2019.-Bernama