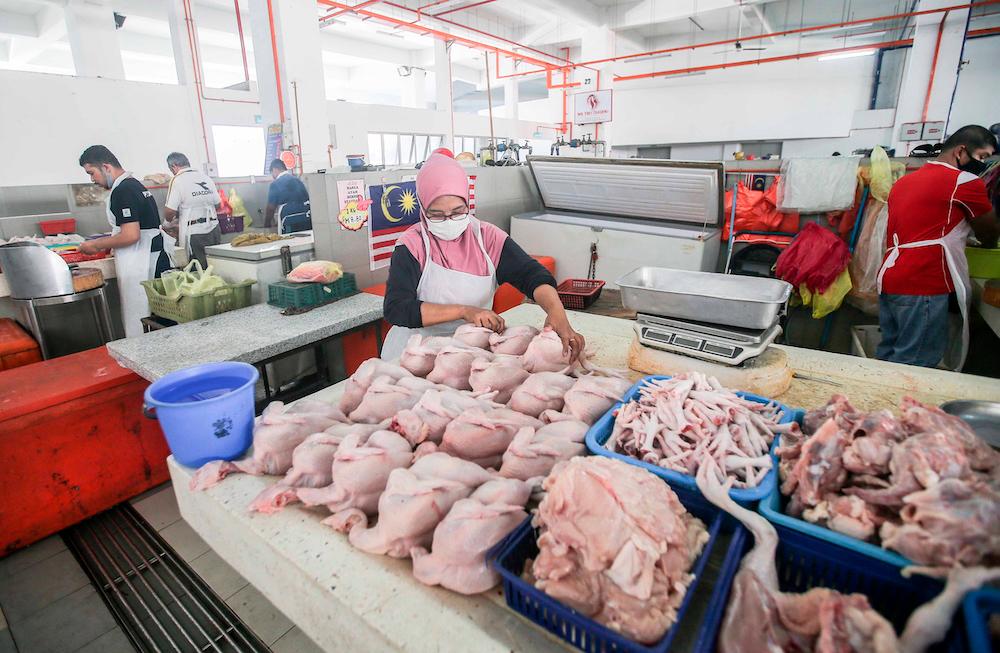 KUALA LUMPUR: Authorities in several states have begun taking stern action following the drastic rise of chicken prices at markets since the start of Ramadan.

Several non-governmental organisations have also urged the authorities to intervene over the issue due to the impact on the public.

In Johor, the Johor branch of the Domestic Trade and Consumer Affairs Ministry (KPDNHEP) issued 26 notices to 20 chicken traders and wholesalers at public markets in Johor Bahru after inspections were conducted following complaints about price hikes.

Johor Unity, Trade and Consumer Affairs committee chairman Dr Chong Fat Full said the notices issued were under Section 21 of the Price Control and Anti-Profiteering Act 2011 through inspections since the first day of Ramadan.

Meanwhile, Melaka KPDNHEP director Norena Jaafar said when contacted that two notices have been issued to traders and chicken suppliers in the state.

“They have been given three to five days to produce documents. If there are elements of profiteering, they will be issued compounds under Section 21 of the Price Control and Anti-Profiteering Act 2011. For users, do not worry as monitoring will be done every day and if there are complaints, please inform us immediately,” she said.

Checks by Bernama at the Melaka Central Market revealed that chicken is being sold at around RM9.50 per kilogramme (kg), causing consumers to complain about the prices, which they feel is too expensive.

“Some suppliers said the price hike was due to breeders having to sustain increases in imported feed prices of up to 40%. This has happened not only here but everywhere,” he said.

Meanwhile, in Penang, the Consumers Association of Penang (CAP) urged authorities to intervene to resolve the drastic increase in chicken prices that coincided with the beginning of Ramadan.

CAP education officer N. V. Subbarow said the price hike had burdened everyone and that stern action must be taken against chicken suppliers.

“Previously, chicken was sold at RM7.50 a kg but now it’s sold between RM9 to RM10 per kg with the excuse that feed costs and other expenses have increased,” he said in a statement.

In Perak, the Perak KPDNHEP issued 50 notices to chicken traders, 23 notices to beef traders and 36 notices to vegetable traders between last Thursday and yesterday.

Abdul Yunus said in a statement that the state government would always be concerned about price hikes affecting necessities such as chicken throughout the Ramadan month and KPDNHEP will continue to monitor the price and supply of chicken and other necessities in the market so that consumers can buy them at affordable prices.— Bernama