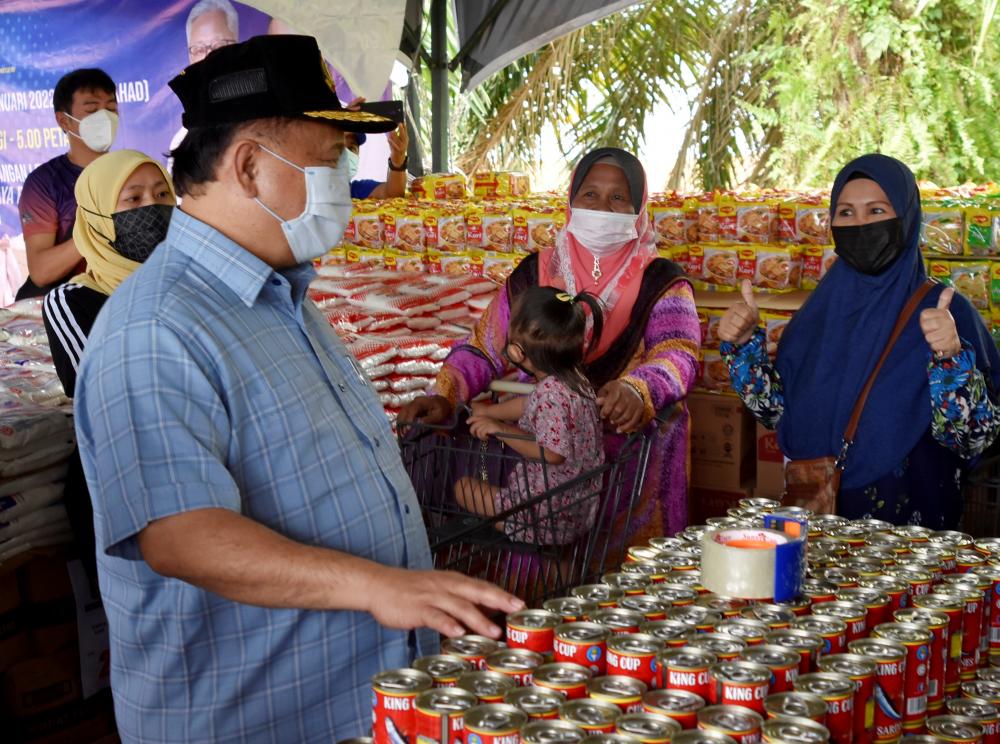 TAWAU: A total of 8,555 complaints about high prices of goods were received by the Domestic Trade and Consumer Affairs Ministry (KPDNHEP) from March last year until yesterday.

Domestic Trade and Consumer Affairs Minister Datuk Alexander Nanta Linggi(pix) said however, investigations found that the cases occurred only in certain places or were categorised as isolated.

“KPDNHEP eforcement personnel will carry out checks after receiving complaints and take necessary action against the parties involved,” he told reporters after officiating the Keluarga Malaysia sales programme, here, today.

He said consumers should exercise their rights and lodge complaints on unscrupulous trade practices to the authorities.

Meanwhile, Nanta said the ministry was aware of the increase in prices of certain items and would look at the contributing factors.

According to him, the government through KPDNHEP was always looking at strategies to help ease the burden of consumers.

He said these include implementing the Keluarga Malaysia sales programme nationwide that offers a variety of basic goods at prices lower than the market rate.-Bernama

Zahid ordered to enter defence for all 47 charges

US orders departure of its diplomats’ families from Kyiv

3.Zahid ordered to enter defence for all 47 charges