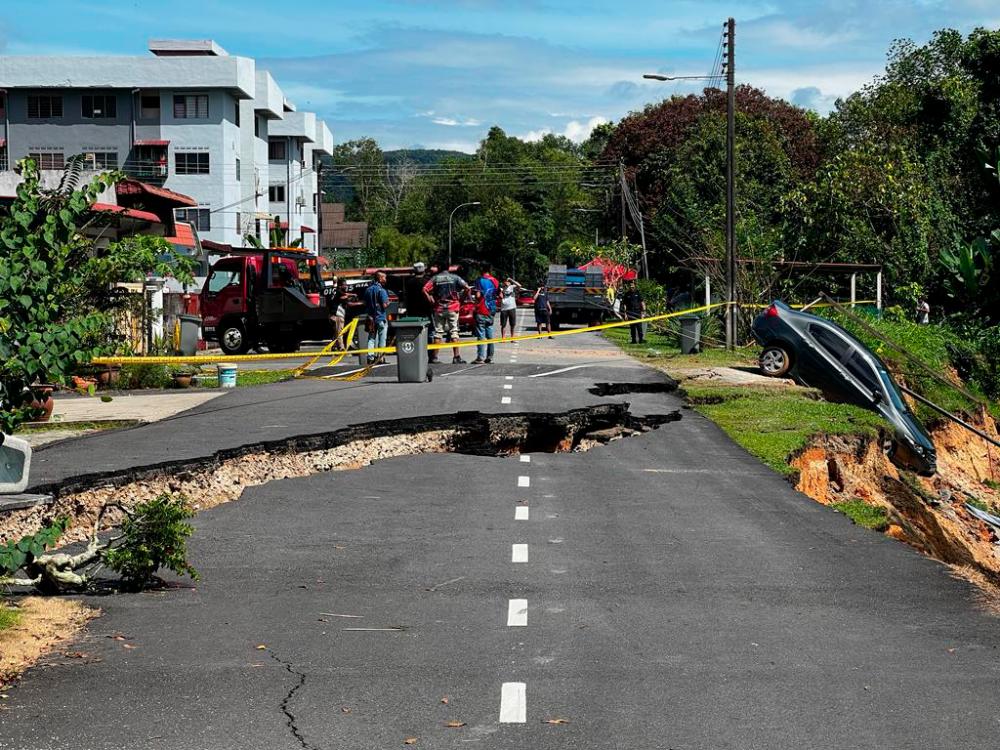 He said the slope along the stretch collapsed following the unusual flow of water as a result of continuous rain.

Razali said an initial investigation by the Fire and Rescue Department (JBPM) found that there was still soil movement in the area which was at high risk of causing larger collapses.

“As at 12 pm yesterday, the cracks on the road have become more significant, namely from a few inches to about two feet.

“Checks at the scene at 8 pm yesterday showed that the cracks have widened,” he said in a statement here today.

Razali said the landslide which occurred at 4 am yesterday had resulted in three cars falling down the slope.

However, he said there were no casualties reported in the incident which had affected 47 families and 12 houses.

“Based on the preliminary assessment conducted by the JBPM, 12 houses in the area are unsafe to occupy.

“All the affected residents have agreed to evacuate their homes until the slope repair work is completed to avoid any casualties,” he said.

Following the incident, the Seremban Disaster Operations Control Centre (PKOB) has been activated and it can be contacted at 06-6011038.-Bernama