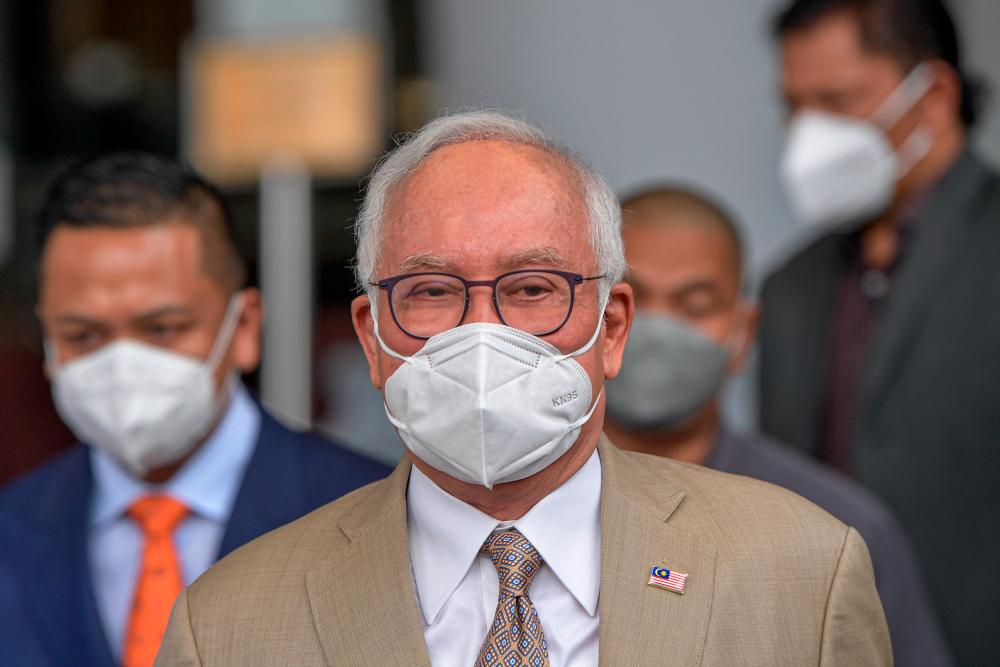 PETALING JAYA: Datuk Seri Najib Abdul Razak’s(pix) solicitors Shafee & Co had submitted a request to the appeals court late last night to postpone the hearing for the SRC International case after one of his lawyers tested positive for Covid-19, The Malaysian Insight reports.

According to the report, the prosecution confirmed this earlier today that lead defence counsel Tan Sri Muhammad Shafee Abdullah wrote to the court with its request last night.

Justice Datuk Abdul Karim Abdul Jalil, who leads the three-member bench, had fixed Wednesday to deliver the long-awaited decision of the former premier’s appeal after the panel last heard submissions on the matter on May 18.

Najib, 68, the Pekan member of Parliament and former Umno president, was convicted of all seven counts of charges in relation to SRC.

He was sentenced to 12 years in prison and a RM210 million fine in July 2020 for his part in the misappropriation of RM42 million in SRC International funds during his time in office.