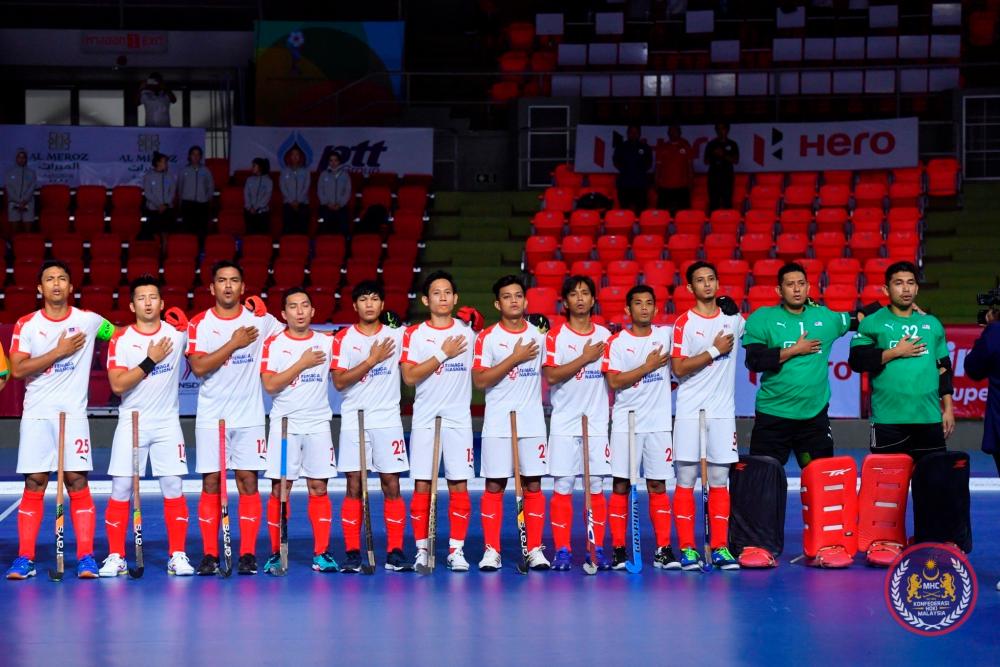 Even though it was only a 1-1 draw against Kazakhstan today, it was enough to ensure Malaysia clinch the slot to meet the top team in the league, Iran, who are ranked third in the world in the final tomorrow.

In the last round of the league match at Huamark Indoor Stadium, the national team came down with a mission not to lose and scored through Muhammad Aslam Mohamed Hanafiah in the 22nd minute, but Kazakhstan equalised through Daulet Urmanov in the 30th minute.

National men’s indoor hockey squad head coach Muhammad Amin Rahim is confident of his boys’ ability to display a fierce and energetic performance in their quest to win the trophy at the final.

He said the indoor hockey squad will focus fully on being able to tie up some loose ends for a more clinical game against Iran.

“Alhamdulillah, after eight years of not playing in the Asia Cup final, we managed to overcome this obstacle and praise is given to all the players who worked hard to realise the dreams and hopes of the team as well as Malaysian hockey fans.

“Every plan we made before the match paid off. We will continue to focus on tomorrow’s match against Iran and try to create history for indoor hockey in Malaysia by bringing home the championship trophy,“ he said in a statement issued by the Malaysian Hockey Confederation (MHC) tonight.

In the meantime, Muhammad Amin said his side will study the mistakes made by his players after being defeated by Iran 0-3 in the fourth match on Friday.

In the 2014 edition in Changhua, Taiwan, the national men’s squad lost 1-5 to Iran in the final.-Bernama