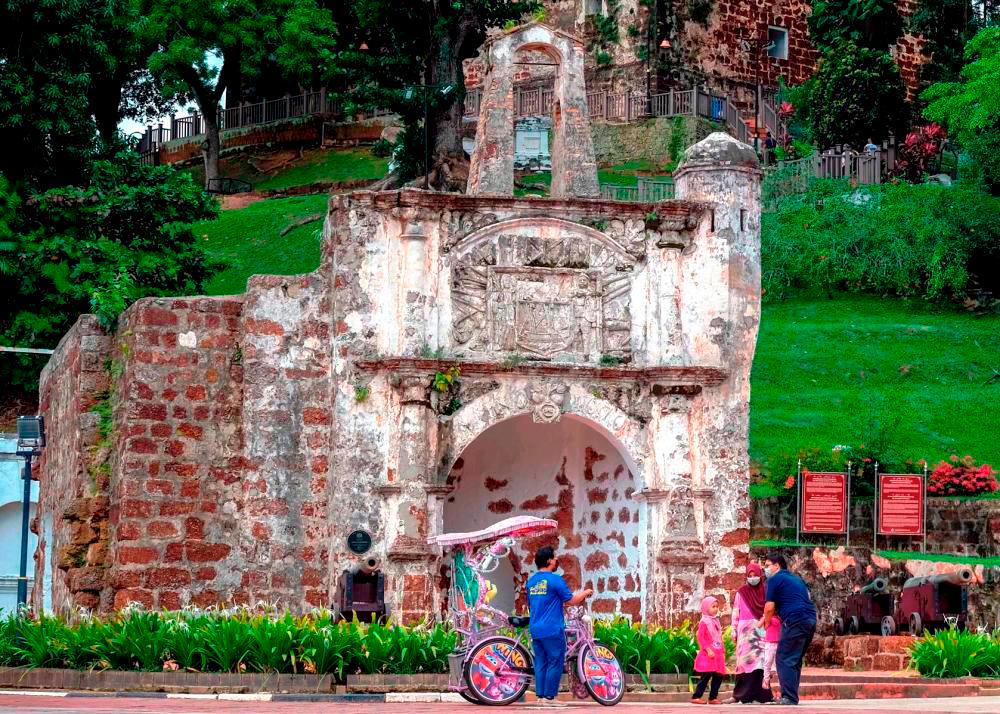 He said that the Heritage Tax Fee collection from April 2012 for occupied rooms per night for all hotel accommodation was inadequate to cover efforts to improve infrastructure and beautifying work to preserve and protect the heritage site.

“During the 139th Menteris Besar and Chief Ministers Meeting on June 28, I was informed that in 2009, Melaka and George Town received a one-off grant from the Federal government through the Finance Ministry on the success of gaining UNESCO recognition. “The National Heritage Department channelled RM30 million to the Malacca government for conservation, training and awareness projects related to the World Heritage Site.

“Thus, the state government has requested a similar grant of RM50 million or an annual allocation at the meeting,” he said when appearing as a guest in the Bicara Ketua Menteri segment on Malacca FM today.

Sulaiman said the state government’s efforts to preserve the sites were through the establishment of the Malacca State Cultural Heritage Conservation and Restoration Enactment 1988, which listed and gazetted heritage buildings and monuments in Malacca.

Apart from that, the state government also set up the Preservation and Conservation Committee chaired by the Chief Minister and its members comprising government agencies and non-governmental organisations (NGOs) related to heritage.

The Malacca Heritage Festival 2022 celebration in conjunction with the 14th-anniversary celebration of Malacca as a UNESCO World Heritage City will be held on a large scale from July 15 to August 7.

Today, July 7 this year, marks the 14th anniversary of Malacca ’s inscription as a UNESCO World Heritage Site after being gazetted on July 7, 2008.-Bernama