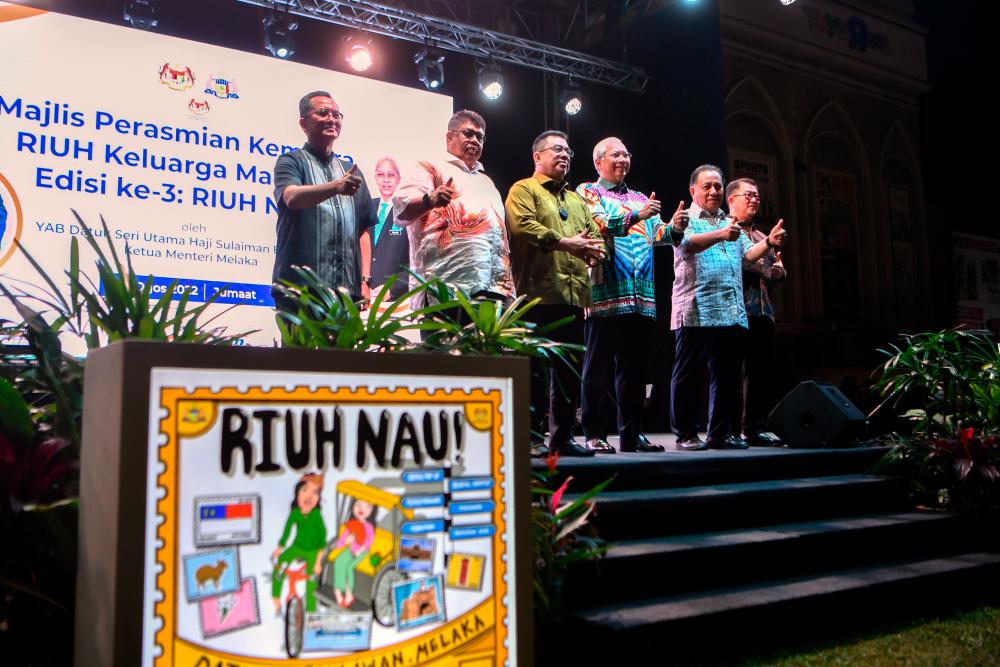 He said, therefore, intensive efforts in promoting the state’s tourism activities as the main destination for local and international tourists are in line with the wishes of the state government to make Melaka a tourism state capable of taking advantage of the world as contained in the Melakaku Maju Jaya 2035 Strategic Plan (PSMJ 2035).

He said ‘RIUH NAU!’ in collaboration between the Ministry of Communications and Multimedia (K-KOMM) and the state government is one of the initiatives that give opportunities to creative industry players in Malacca to highlight the cultural identity, customs and traditions of the state.

“Indeed, the citizens of Malacca are very excited about the ‘RIUH NAU!’ programme which lasted for three days, at a tourist attraction location that I think is very suitable in conjunction with the National Month to showcase all the arts, culture and creative world that the state of Malacca is proud of.

“It is also in line with the wishes of the state government which wants more of its cultural heritage to be highlighted not only to the outside world but also to our own people who are still clueless about it,“ he said.

He said this when launching the 3rd Edition of the RIUH Keluarga Malaysia: RIUH NAU! at Dataran Pahlawan here yesterday.

He said Malacca is rich in various cultural heritages that have a high aesthetic value, especially from the aspect of musical arts such as ‘Dondang Sayang’, ‘Joget’, ‘Nazam’, ‘Zapin’ and ‘Rebana Keras’ that need to be preserved accordingly.

“Culture that is brought through this heritage art is actually the core of identity and strength of a country. Not only that but our culture is also concerned with manners that are highly praised by all communities.

“Therefore, we need a new generation that is determined to empower manners, customs and culture that can build a harmonious society in a modern world, without sacrificing the identity of art and culture in our country,“ he said.-Bernama