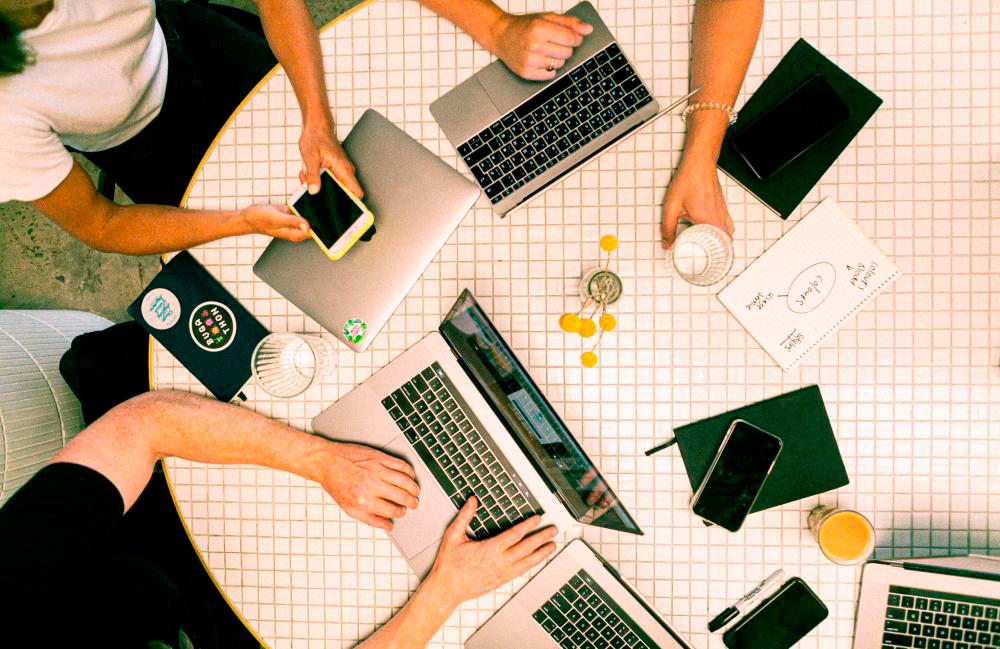 MALAYSIA’S economy is growing again, as evidenced by the recent figures published by Bank Negara Malaysia, where the economy indicated a growth of 5% in the first quarter of 2022, an increase from 3.6% in the fourth quarter of 2021.

This positive outlook is attributed to improved domestic demand and normalised economic activities with the easing of the movement control order as the country prepares to transition to the endemic phase.

The Covid-19 pandemic, as we all know, created massive, history-changing upheavals to the global economy, unsettling the work of individuals, businesses and governments alike.

The old certainties over how we can make money and remain competitive have gone out the window, it has already happened and whether we like it or not, we have to adapt or die.

Chief among the new order is that technology and its adoption, is paramount.

Technology helped us keep commerce, public services and even social relations going, even when the deadly coronavirus arguably killed people for doing the one thing that made us human: social interactions.

Technology was so crucial in times of disaster, what more during times of growth and transition.

This adds to the challenges facing Malaysia. We need to move faster in terms of increasing economic competitiveness and adapting to technological change or risk trailing behind our regional peers such as Singapore, Indonesia, Vietnam and Thailand.

As such, Malaysia needs to focus its journey towards digital transformation like never before as digitalisation is one of the main drivers of technological change in the foreseeable future.

Digitalisation will accelerate labour productivity where output can be produced with less input.

If nothing else, this will help Malaysia break its reliance, some would say addiction, to foreign labour which in the long run is unsustainable.

To be sure, the government through the Malaysia Digital Economy Blueprint or MyDigital aspires to transform the country into a high-income nation that focuses on digitalisation and is a regional pioneer in digital economy.

Of course, there have been many high-minded plans for transformation in Malaysia.

Many a time, they fall through because those plans were not well executed.

One would argue that the MyDigital Blueprint deserves the support of all Malaysians, whatever their background or political beliefs.

Its success or failure would also mean the success or failure of Malaysia navigating the digital future, hence, leading to whether our country goes into decline or forges ahead. However, this cannot be the work of the government alone.

Both multinational companies operating in Malaysia as well as local firms ought to play a role in realising the government’s aspirations in the MyDigital Blueprint by supporting advanced technology, pursuing digital upskilling and reskilling.

Digital upskilling does not simply mean teaching people on how to use a new device or how to code. Rather, it is fundamentally about a radical mindset change.

We want Malaysians to be able to understand artificial intelligence (AI), data analytics, autonomous vehicles as well as other advanced technologies that will be invented in the future.

It also means that they will need to be able to think multi-dimensionally, critically as well as express themselves coherently.

It also means to aspire and empower people to continue learning and make good use of technology.

This in itself is a goal worth achieving, because it will endow us with human capital that can compete if not beat the world.

Some building blocks for digital upskilling is indeed already taking place in Malaysia.

For instance, our banking sector has been actively adopting AI to reach out to its existing as well as potential customers.

Apart from that, AI also helps in fraud detection as well improving decision making or application approvals. But again, so much more can be done.

As harsh as it sounds, complacency and even worse, hesitancy are the enemies of survival, whether for a company or a nation.

As such, digital upskilling needs to be adopted and expanded more widely to other sectors such as agriculture, poultry, manufacturing as well as education.

This will ensure Malaysia is on par with its neighbours, increases economic productivity in all sectors as well as to foster structural change.

The latter part is especially crucial, it is our gateway to making living just a little easier, especially for the most disadvantaged in our society, and perhaps even provide opportunities to truly uplift themselves.

Indeed, many have claimed that digitalisation may exacerbate inequality, making technology yet another thing that widens the chasm between the haves and have-nots in our society.

But if the digitalisation and upskilling process is truly inclusive and human-centric – which the MyDigital Blueprint arguably is – it would also mean that we would be able to insulate Malaysians with so-called low- or semi-skills from job losses and hence degradation in their lifestyles due to technological change.

It would empower these low-skilled workers as well as the unemployed to gain the skills they need to have in today’s digital age.

It is imperative that all stakeholders, including the rakyat, band together to ensure that the MyDigital aspiration does not fall by the wayside. The choice is ours and ours alone to make.