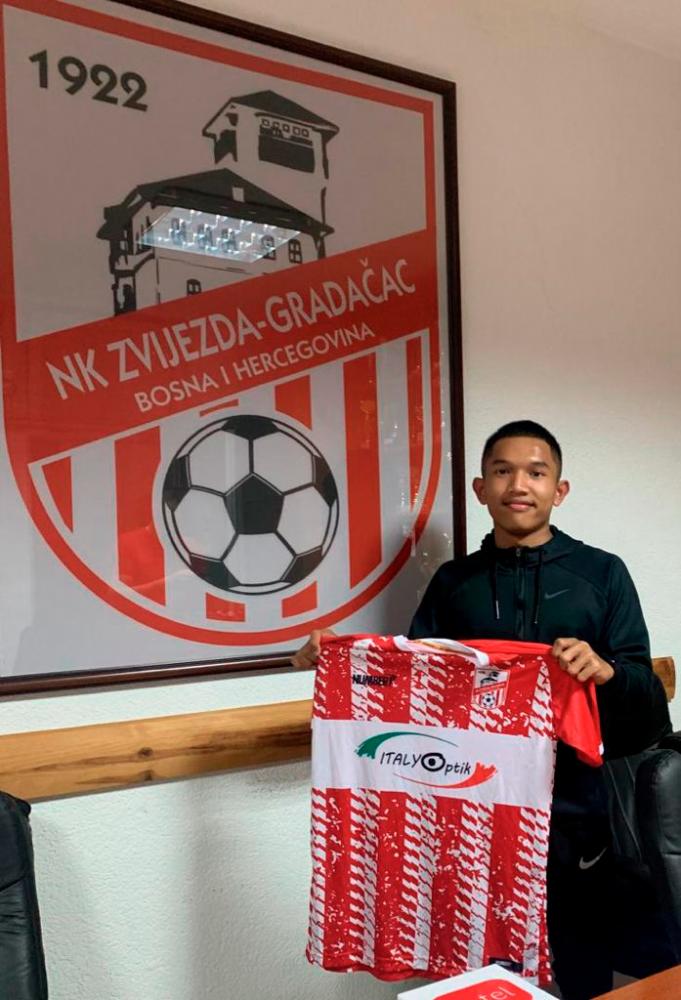 Rafieq says young Malaysian footballers who have dreams of playing abroad need to be mentally prepared.

Rafieq was involved in the National Football Development Programme when he was 13, and spent the rest of his secondary school years at a sports school in Pahang, where he was selected for the Under-16 tryouts for Johor Darul Takzim.

He was also picked as one of the 10 best players for the TH Football Camp in Malaysia and had the opportunity to fly to Madrid in Spain for a training session, but the Covid-19 pandemic put paid to the programme.

Rafieq was also selected for a tryout in Belgrade, Serbia, for the Red Star Belgrade Football Club for six months.

However, his visa application was rejected by the Serbian Embassy.

Because of that, his coaches continue to second him for training with his current club, subject to his merit and performance as he plays for the Under-19 first team. He also trains with the club’s senior squad.

Rafieq said his family is the backbone of his football career as his parents have fully supported him right from the beginning.

“One day, when I’m at the top of the game, I want to give back to my family. My mum dreams of owning a restaurant and I’m planning to help her realise that,” he said.

Playing mainly as a forward, he plans to learn as much as he can, while he gains experience and exposure in Europe.

He advised young Malaysian footballers who have dreams of playing abroad to be mentally prepared.

“It is not easy to live in Europe. You have to adapt to the country’s lifestyle and weather. It is important to prepare for all of this.”

Rafieq made his debut in the 89th minute, replacing Oguzhan Demirci in front of 100 fans, where his team lost 4-0 to second-placed Nk Gosk Gabela.

His father Zulkifeli Md Yunus said as parents, one of the most important things is to encourage their children’s interests and support them to achieve their dreams.

“You have to support them in terms of sacrificing time and money, and you have to provide moral support.

“I remember I had to send my son to football matches on weekends when I would have preferred to spend that time on family activities. But since I wanted to see my son succeed, I had to sacrifice a little leisure time.”

Zulkifeli said although parents could give their all for their children, it is up to the child to walk the extra mile to achieve success.

“I can send my son as far as where the football match is held. However, all the sweat and tears to be a successful footballer is entirely up to him.