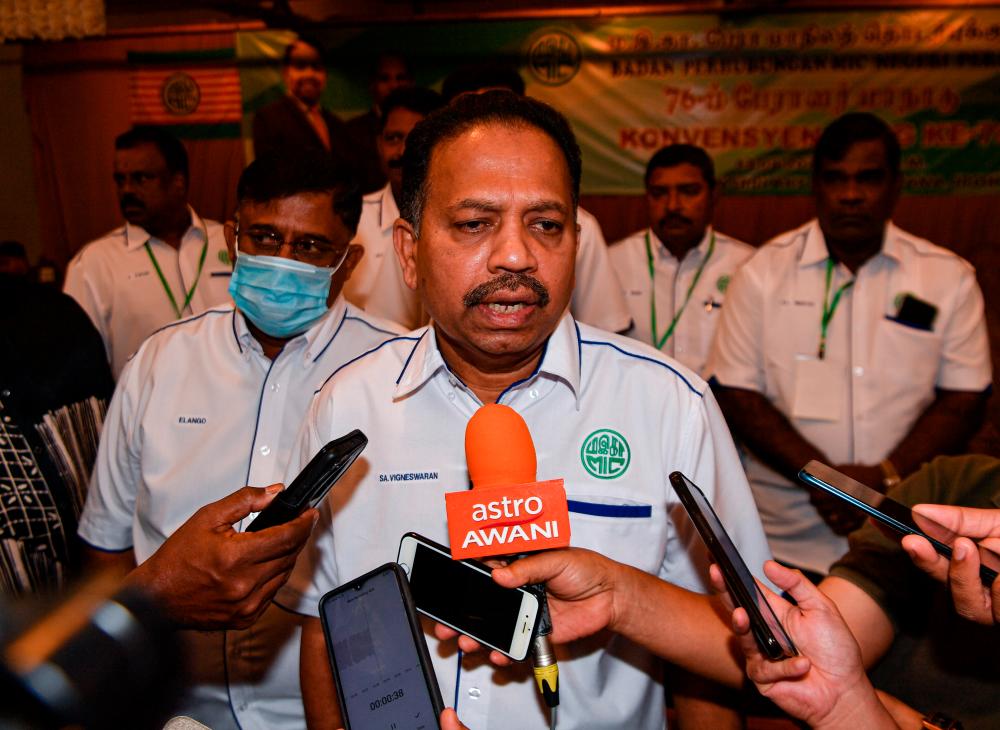 He said it was important for MIC to have elected representatives so that it could help to resolve problems facing the Indian community.

“If MIC wins a state seat, it means we can sit as an exco. We do not expect Umno to be the only party that works and wins elections. We want to help UMNO, BN, and we want to be frontliners in a battle.

“So, that is our hope and intention,” he told reporters after the 76th Perak state MIC convention here today.

Vigneswaran said he had discussed this matter with BN chairman Datuk Seri Dr Ahmad Zahid Hamidi, as it was vital for the coalition to learn from the mistakes made in GE14.

In GE14, MIC won two of the nine parliamentary and three of the 18 state seats it contested.-Bernama