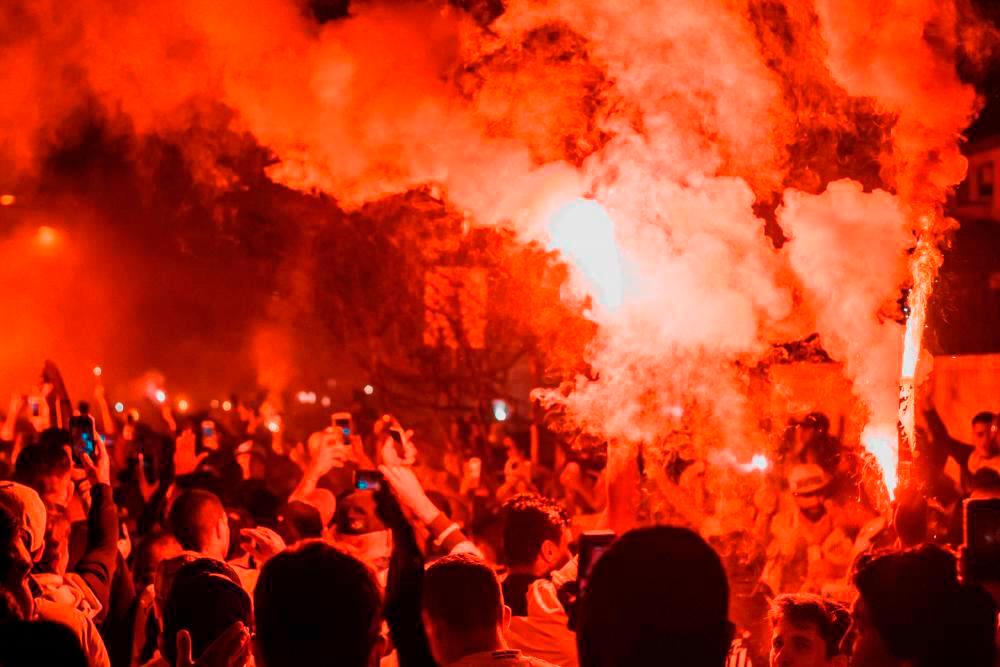 In Casablanca, police arrested 45 people on Wednesday night, including 31 minors, suspected of committing “acts of violence” and “causing material damage to public property,“ according to police sources quoted by Moroccan media.

The incidents took place during and after a match between Raja of Casablanca and the Royal Armed Forces (FAR) team, they said, adding that four police officers were injured by stone-throwing and two cars were damaged.

In the western city of Oujda, 39 supporters were arrested Wednesday night for acts of “violence”, “theft” or “possession of bladed weapons” on the sidelines of the match between Mouloudia of Oujda and Wydad of Casablanca, media reports said.

The incidents come after March football violence in Rabat and Agadir that led to eight fans receiving prison terms ranging from four months to one year.

After two supporters died in early 2016, authorities had dissolved the ultras groups and banned their slogans and symbols in stadiums.

Those rules were relaxed in 2018.-AFP