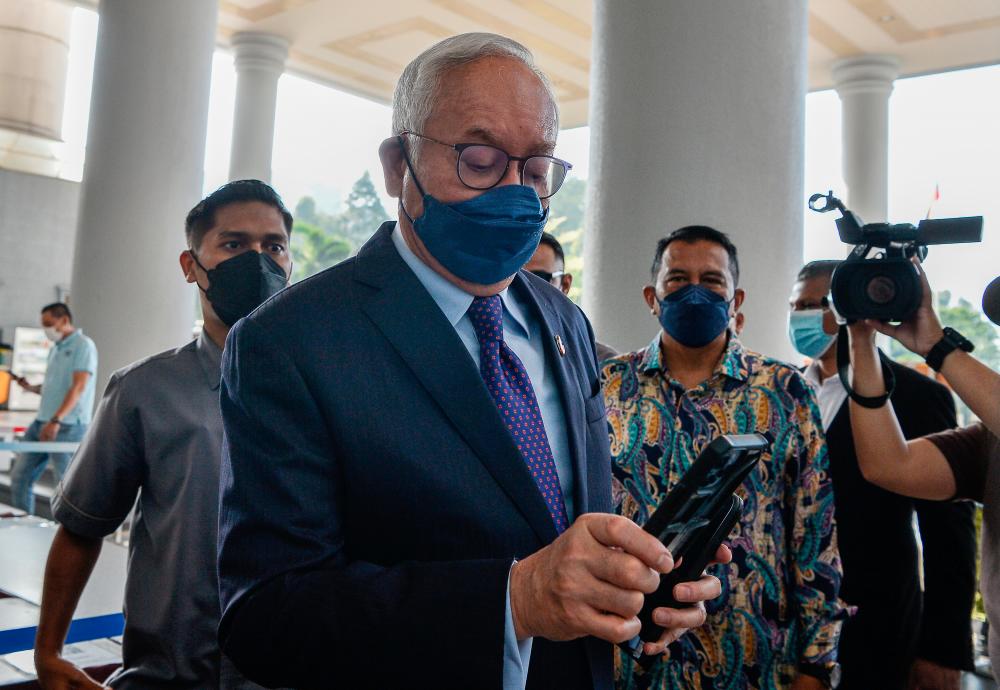 The Court of Appeal this morning unanimously dismissed the former prime minister’s appeal to reinstate the legal action against former banker Joanna Yu and AmBank.

Judge Datuk Yaacob Md Sam when reading the unanimous decision, said there was no error by the High Court in allowing the respondent’s application.

On Dec 9, 2019, Najib filed the writ of summons against Yu and the commercial bank for allegedly receiving instructions from and revealing his account information to Low (better known as Jho Low).

The Pekan MP also claimed he had been kept in the dark on the details of his own bank accounts statements and other related documents by the bank under Low’s instruction.

However, on Jan 29 last year, Yu filed an application to strike out the suit on grounds that it was an abuse of the court process and to bolster Najib’s defence in the SRC International case.

Najib was sentenced to 12 years’ jail by the High Court and fined RM210 million after he was found guilty of all seven charges of criminal breach of trust, abuse of power and money laundering involving RM42 million of SRC International funds.

However, he obtained a stay of the sentence pending appeal. Things to do in Melaka

Love story reaches for the stars

4.Things to do in Melaka