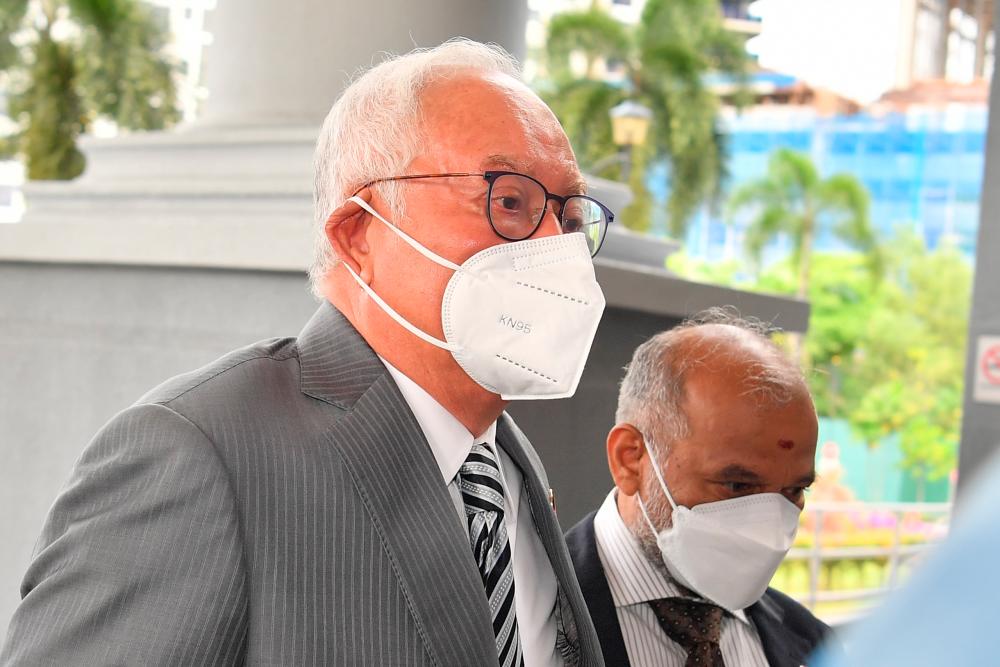 KUALA LUMPUR: The application of Datuk Seri Najib Tun Razak(pix) for a stay of proceedings in the US$8 billion civil suit filed by 1Malaysia Development Bhd (1MDB) against him and several others, will be heard on Feb 11 next year.

1MDB's lawyer Siva Kumar Kanagasabai said the former premier had applied for a stay of proceedings at the High Court here yesterday.

Substituted service is a court-sanctioned alternative way of service after attempts at personal service are unsuccessful.

Apart from that, the counsel said 1MDB's former director of investments and chief investment officer Vincent Beng Huat Koh had filed his statement of defence and he had informed the court that he would file an application for striking out the suit.

“He was given three weeks to do so. 1MDB has one month to file a reply to his defence,” he said adding that the court set Dec 1 for further case management.

The US$8 billion suit is one of the 22 civil suits filed to claim over US$23 billion on behalf of 1MDB and its former subsidiary SRC International against several individuals allegedly involved in the financial scandal.