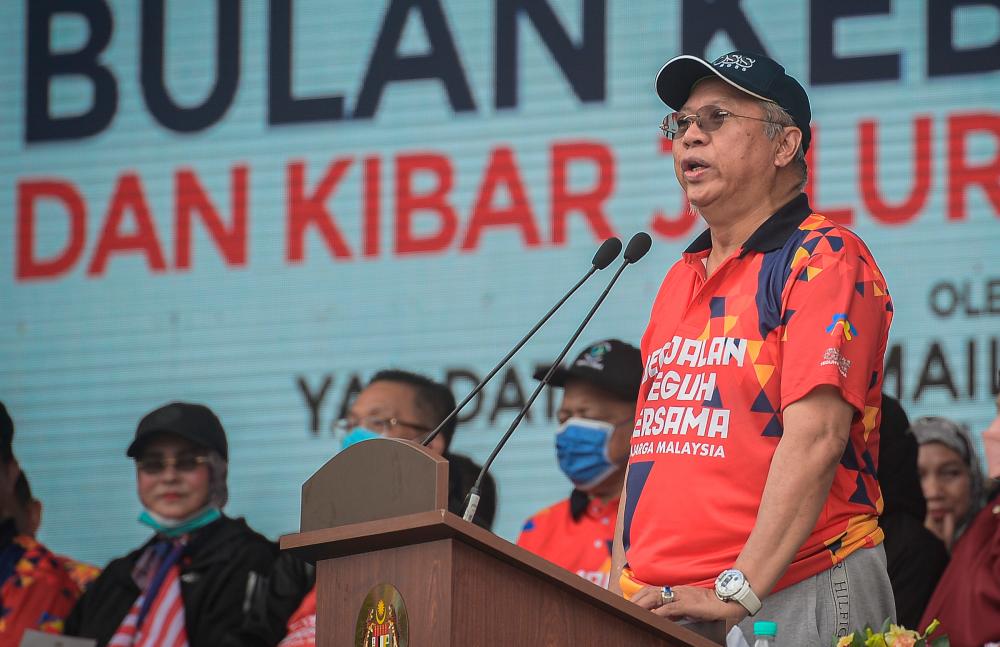 PUTRAJAYA: Communications and Multimedia Minister Tan Sri Annuar Musa(pix) today invited Malaysians to organise activities in conjunction with the National Month as a sign of their gratitude and togetherness in line with the Malaysian Family (Keluarga Malaysia) concept.

He said after two years of being plagued by the Covid-19 pandemic, the people in the country needed to rekindle the spirit of patriotism through the 2022 National Day and Malaysia Day 2022 (HKHM2022) celebrations.

“This year the country will celebrate HKHM2022 in an atmosphere where we hope it will be celebrated by Malaysians from all walks of life by flying the Jalur Gemilang and participating in various events.

“Based on the Keluarga Malaysia concept of Togetherness, Inclusion and Gratitude, This is a sign of our gratitude,“ he said when speaking at the launch of the 2022 National Month and Fly Jalur Gemilang at Dataran Putrajaya, here today.

The ceremony was launched by Prime Minister Datuk Seri Ismail Sabri Yaakob, who had earlier joined Annuar and other cabinet ministers, as well as more than 15,000 participants, in the 2.7-kilometre “Berjalan Teguh Bersama” programme, which was held in conjunction with the launch of the National Month and Fly Jalur Gemilang.

Annuar, who is also chairman of the National Day and Malaysia Day 2022 Main Committee, said he wanted the National Month celebration to be carried out nationwide based on the three core thrusts, which formed the source of a country’s strength.

He also called on Malaysians to pray for Ismail Sabri’s leadership to prosper and for Keluarga Malaysia to continue to live in harmony.

Meanwhile, when met by reporters after the event, Annuar said today’s celebration had long been awaited by the people, and it became more special with the participation of Ismail Sabri and the cabinet ministers walking together with the people in the “Berjalan Teguh Bersama” programme.

Meanwhile, Annuar said the 2022 National Day celebration at Dataran Merdeka, Kuala Lumpur, on Aug 31 would be more lively than those held previously.-Bernama