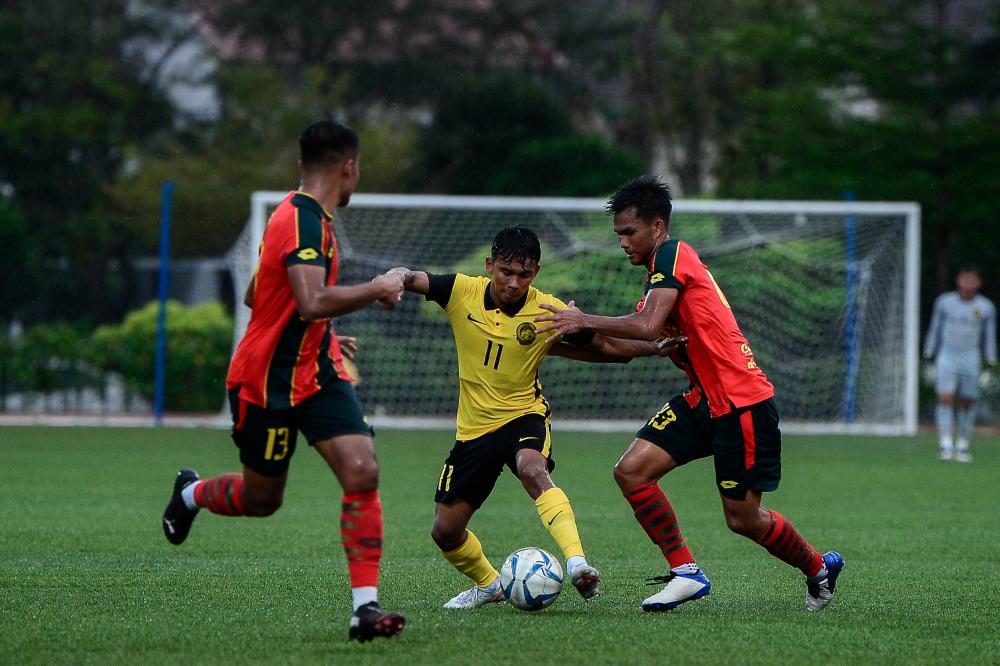 In today’s match, the Under-22 squad performed well to take a 28th-minute lead through skipper Ahmad Zikri Mohd Khalili.

The Selangor FC 2 defender made a smart run into space before receiving a pass and slotting it past Kedah goalkeeper Mohd Ifwat Akmal Chek Kassim.

Substitute Muhammad Nur Azhar Fikri Azhar then made it 2-0 towards the tail end of the match when he left fly a stinger from outside the box to ensure the Under-22 squad end their series of friendlies in style.

“I’m quite happy with the performance, it’s nice for the boys to be rewarded for their work, for their effort, which is great,” said Maloney.

The three friendlies were part of the Under-22 squad’s preparations for the 2022 Asian Cup Under-23 qualifying round in Ulaanbaatar, Mongolia from Oct 25-31.

Drawn In Group J, Malaysia will take on Laos on Oct 25, Mongolia on Oct 28 and Thailand on Oct 31 in a bid to earn a spot in the 2022 Asian Cup Under-23 Finals in Uzbekistan next June.

Maloney did not rule out the possibility of further strengthening his team with the call-up foreign-based Wan Kuzri Wan Kamal (the United States) and Annil Vigneswaran (Germany).

“We’ve met before. Wan Kuzri trained with us a couple of years back and we met Annil last December. We’ve closely monitored them and we feel that they will fit into our plans if they are available,” he said.

The final list of 23 players for the national Under-22 squad that will leave for Mongolia on Wednesday (Oct 20) is set to be confirmed by tomorrow.-Bernama